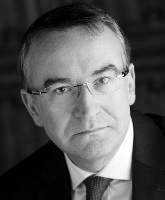 Tributes have been paid to Northern Ireland media law expert Paul McDonnell after he passed away on Thursday.

Mr McDonnell, formerly a partner at McKinty and Wright (now part of DAC Beachcroft) and a consultant at Carson McDowell, had been an in-house lawyer at the Belfast Telegraph and Sunday Life since 2016.

He was admitted to the roll of solicitors in Northern Ireland in January 1993.

“Professionally, his advice was bold when the situation demanded, but cautious when necessary. Most of all, he was a gentleman, always approachable and a pleasure to deal with.”