Opinion: The Special Criminal Court should be abolished 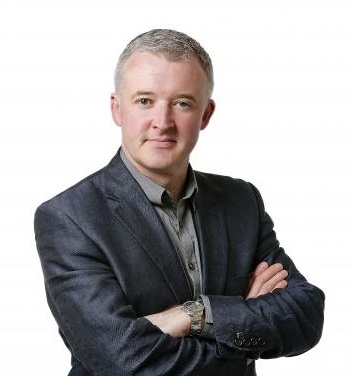 Liam Herrick, executive director of the Irish Council for Civil Liberties (ICCL), argues that the non-jury Special Criminal Court must be abolished.

The Irish Council for Civil Liberties has opposed the use of the Special Criminal Court since our foundation. The weakening of fair trial rights and use of non-jury courts are a fundamental breach of the rights of everyone in this country.

The decision at the Sinn Féin ard fheis to adopt a new position on the question of the Special Criminal Court and the use of non-jury trials more generally presents an opportunity to recall why groups like ICCL, Amnesty, and the United Nations Human Rights Committee have always opposed the court and will continue to do so.

The minister for justice has set up a review group to assess the whole emergency law regime in Ireland, including academic and practitioner experts as well as representatives of the State.

Important reforms which may introduce oversight and transparency to the operations of our intelligence agencies are also in train with the promised garda reform legislation. For Sinn Féin to decide to support the principle of non-jury courts when their necessity is currently being assessed by experts seems, at the very least, premature.

Perhaps most ironically, the present controversy on the Irish emergency court takes place while there is an ongoing review of the operation of the Diplock court system in Northern Ireland, which may well recommend the ending of non-jury trials in that jurisdiction.

At the same time, the arguments which have been restated over recent days by the traditional supporters of the Special Court remain as weak and specious as ever. Jury intimidation is an issue that should be dealt with across all our courts through legislation, with the introduction of protected juries and additional security measures where a risk is identified.

Given that the Special Criminal Court only hears a fraction of all cases, the assertion that it is the solution to jury intimidation is highly questionable. We must also remember that non-jury trials do nothing to protect witnesses.

There is no doubt that in recent years, the Special Criminal Court has become particularly politicised. This has meant the reality of what happens in the court — and how extraordinary it is in a stable democracy that we have retained an emergency court established to deal with a conflict — has not been the focus of public discussion.

It’s worth highlighting the following. The opinion of a police officer may be used to convict people of membership of an illegal organisation. This is an outrageous infringement on the right to a fair trial and has been identified as such by the United Nations.

Evidence is routinely withheld from the defence on security grounds that cannot be tested, a kafkaesque diversion from the rule of law and a stark breach of normal fair trial procedures.

While vague language of ‘subversives and gangland criminals’ or, worse, ‘bad people’ is used to justify the Court, the truth is that anyone can potentially find themselves tried without a jury. There are no limits or criteria on who may be sent there for trial.

The decision to use the Special Court is entirely at the discretion of the DPP. The prosecutor doesn’t have to give reasons for its decision and this decision is extremely difficult to challenge by the defence.

Cases linked to paramilitary organisations are routinely tried in the ordinary courts whereas cases with no apparent or proven link to specific security threats go to the Special including, remarkably, a case regarding failure to file a tax return.

We have lost a sense of how extraordinary it is to use separate courts with weakened fair trial protections in ordinary times. We are now over 20 years since the cessation of the conflict in Northern Ireland.

Whereas small dissident and organised crime groups clearly pose particular challenges to the criminal justice system, such challenges can be overcome within the ordinary courts without breaching fundamental principles of fairness. Serious terrorist offences are not unique to Ireland; if other jurisdictions, including the United States, trust their ordinary courts to try these offences why don’t we?

Sinn Féin’s decision to end its opposition to non-jury trials offers the opportunity to depoliticise our discussions around the Court and view its practices through a human rights lens. The protection of human rights cannot be selectively applied; the denial of fair trial protections for any person is a failure of our criminal justice system as a whole.

The Special Criminal Court should be abolished and the right to a fair trial restored for all.