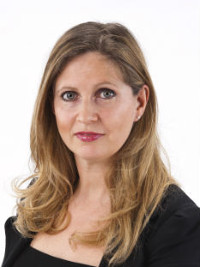 More work needs to be done to encourage and support victims of domestic violence to free themselves from abusive behaviour, one of Northern Ireland’s top family lawyers has said.

Claire Edgar, partner at Francis Hanna & Co Solicitors, yesterday addressed a conference on domestic abuse hosted by the Law Society of Northern Ireland and attended by representatives of the judiciary, the Attorney General’s office and Women’s Aid.

Ms Edgar spoke about recent developments in case law surrounding domestic abuse, including the judgments of JR118 No [2020] NIQB 54, which addressed generally the court’s ability to extend non-molestation orders, and JR131 and William Clifford (Leave Stage) and In the matter of Decisions of the Domestic Proceedings Court [2021] NIQB 2, which dealt with adjournments of non-molestation order applications pending criminal trial.

Commenting afterwards, Ms Edgar said: “I was delighted to be invited to speak at this year’s domestic abuse conference.

“Despite dealing with a global pandemic and several periods of national lockdown over the last 18 months, it is fair to say that efforts have been made by lawyers, the judiciary and legislature alike to respectively challenge, address and progress the law surrounding domestic abuse in Northern Ireland.

“As a family practitioner, I personally have welcomed the challenges made to our law in this area at a time when protection seems to have been most needed.”

She added: “However, I do feel there is more work to be done. I hope that lawyers working in this field will continue to drive the charge on progressing the law surrounding protection from domestic violence and encourage and support victims to stand up against their perpetrator and free themselves from abusive behaviour.

“It is important that we fiercely advocate on behalf of victims for the protection that they need and deserve and that we continue to challenge our courts on any failure to provide this protection. I hope that the new legislation is utilised by the legal profession to push for protection in cases where we may have previously been reticent to bring applications.”

The online conference, focused on the new offence of coercive control, was opened and closed by Dame Brenda King, the Attorney General for Northern Ireland, and heard from lawyers, campaigners and representatives of police and prosecutors.