Law professor outlines interaction between intersex people and the law Dr Tanya Ní Mhuirthile, assistant professor in law at DCU, outlined the interaction between the intersex community and the law in an online event hosted by OUTLaw, a network created to promote and drive the inclusion of LGBT+ people across the Irish legal community.

Yesterday’s event, titled ‘Alieni juris – an Outlaw: The Law and Intersex People’, heard that the United Nations estimates that between 0.05 per cent and 1.7 per cent of infants are born intersex – almost as common as having red hair.

Dr Ní Mhuirthile noted that Henry de Bracton’s On the Laws and Customs of England in 1235 classified humans as “male, female, or hermaphrodite”. It stated that a “hermaphrodite is classed with male or female according to the predominance of the sexual organs.”

The 17th century jurist Sir Edward Coke wrote that an heir, in succession law, is either a male, a female, or a hermaphrodite. He said that a hermaphrodite “shall be heir, either as male or female, according to that kind of sex which doth prevail.”

Discussing the interaction between the medical and the legal history of intersex thought, she said: “The science surrounding hormones was very new. Psychology was a new emerging science.”

In Corbett v Corbett [1970] 2 All ER 33, the plaintiff sought an annulment on the grounds that his wife had been born a man. Lord Justice Roger Ormrod, who was also a physician, devised a medical definition in law to determine the legal status of the wife. His judgment contained four criteria for determining ‘sex’, being chromosomal factors, gonadal factors (the presence or absence of testes or ovaries), genital factors (including internal sex organs) and psychological factors.

The New Jersey Superior Court considered, but rejected, Corbett as being too narrow a definition in MT v JT, 140 NJ 77, 355 A2d 204, 205 (NJ Super Ct.1976). The court affirmed the validity of a marriage of a trans woman to a man, and legally recognised the woman’s post-operative gender. It was held that the gender of legal significance is the gender at the moment of the legal act, being the marriage.

She noted the Australian case In the marriage of C and D (falsely called C) (1979) FLC 90-636, where the court annulled a marriage on the basis that an intersex person could not be legally married. The court said that C had been “born a male and had been reared as a male” and had been “diagnosed as a true hermaphrodite”. The judge found, as per the judgment of Lord Penzance in Hyde v Hyde, 1886 1 P&D 130 that “marriage as understood in Christendom is the voluntary union of one man and one woman … and since the respondent was a combination of both, a marriage in the true sense could not have taken place and did not exist”.

Dr Ní Mhuirthile said that the result of this was that intersex people had no legal right to marry, and that the human rights which C should have “as a person enjoyed” were denied.

This was overruled in Re Kevin – Validity of Marriage of Transsexual, In the marriage of Kevin and Jennifer, Family Court of Australia (Full Court), 2003. The court held that the reasoning of C and D ignored the role of social and psychological aspects of gender. This ruling was later cited in other cases worldwide.

Dr Ní Mhuirthile said that throughout the 20th century, doctors considering “a social emergency”, compounded by the legal requirement to “tick a box”, led to unnecessary and damaging surgeries. She noted that a former Surgeon General of the United States told students to “scoop everything out” in circumstances where the genitalia had certain characteristics.

A number of serious consequences arise from these surgeries. Coming to this issue as a lawyer, Dr Ní Mhuirthile said the question resounding is “Why are people not suing?” – but she noted the difficulties in taking proceedings for such surgeries. Could it amount to negligence if a “reasonable body of medical professionals would have done the same thing?”

She said that there may be issues of a consent which wasn’t fully informed, and therefore invalid. However, she noted that parental consent “can be very hard to have that set aside”. The PKU heel pinprick case, North Western Health Board v W(H) [2001] IESC 90, affords parents a great deal of autonomy in healthcare decisions for children. “The courts are very reluctant to intervene,” she noted.

Guidance may come from the English Court of Appeal in Re J (child’s religious upbringing and circumcision) [2000] 1 FCR 307. Dame Elizabeth Butler-Sloss, President of the Family Division of the English High Court, held that the “decision to circumcise a child on grounds other than medical necessity is a very important one: the operation is irreversible, and should only be carried out where the parents together approve of it or, in the absence of parental agreement, where a court decides that the operation is in the best interests of the child. This requirement for a determination by the court should also apply to a local authority with parental responsibility under a care order.”

The project team has conducted face-to-face, interviews with members of the intersex community. While COVID-19 social distancing measures are in place, they have received approval from the DCU research ethics committee to conduct interviews using Zoom, Skype and phone calls.

The researchers have invited intersex people who are living in Ireland or who have previously lived in Ireland to share their story. They also want to speak with medical/healthcare professionals who have experience working in the intersex space and parents, legal guardians and carers of intersex children. 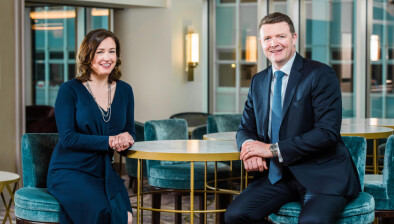 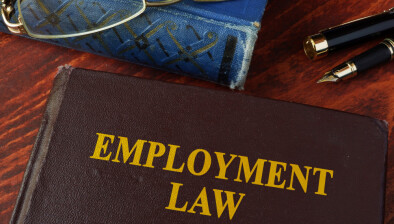 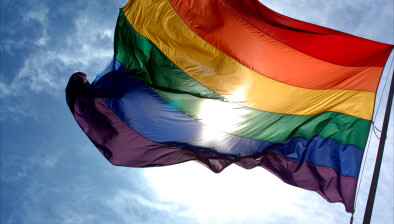 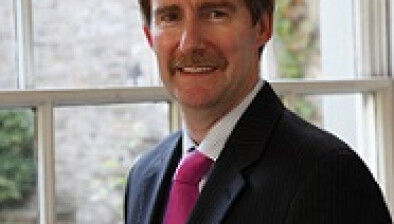