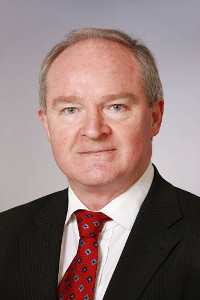 The UK Supreme Court has dismissed an appeal by a man who along with his brother was convicted of aggravated burglary in County Down, Northern Ireland, against the decision of the sentencing judge to reduce the amount of his sentencing discount.

Owen Maughan contended that the sentencing judge had not been entitled to reduce the discount. The judge did so due to the appellant’s failure to accept responsibility for the offences when requested for a police interview or plead guilty at any stage prior to arraignment.

The appeal was heard before the Deputy President, Lord Hodge, along with Lord Hamblen, Lord Burrows, Lord Lloyd-Jones, and Sir Declan Morgan. Martin O’Rourke QC and Steffan Rafferty BL appeared for the appellant and Samuel Magee QC and Natalie Pinkerton BL for the respondent. Written submissions were also made by the Lord Advocate, who intervened in the case.

On 24 July 2016, the appellant and his brother broke into a house in Newcastle, County Down. They were detected by a householder returning home at approximately 9:55pm, at which point they threatened to kill one of the man’s sisters and fled the scene in his car carrying a bag full of money and valuables. Later that night, the police caught up with the brothers and they were arrested without warrant following a high-speed car chase.

Further enquiries by the police revealed CCTV evidence that the two had attempted or committed numerous other burglaries in the previous three days. When the police attempted to interview the appellant, he refused to leave his cell and threatened to damage the cell if a recording device was instead brought to him. He was remanded in custody and arraigned on 14 September 2017, at which point he pled guilty to the charges.

In his sentencing remarks, the judge took the view that the maximum reduction was only available where the accused had admitted their guilt when first confronted with the allegation, per the observations of the court in a previous Irish case, R v Pollock (2005), and reduced the discount on account of the fact that the appellant had not cooperated with the police even after being “caught red-handed” in respect of some of the offences.

The Court of Appeal dismissed an appeal by both brothers, rejecting a submission that “proceedings for an offence” as contained in Article 33 of the Criminal Justice (Northern Ireland) Order 1996 was confined to court proceedings and therefore the appellant was entitled to the maximum discount where he pled guilty at the earliest part of court proceedings. This argument was renewed before the Supreme Court.

In his opinion, with which the other four judges agreed, Sir Declan Morgan observed: “The sentencing practices applied by the Court of Appeal in Northern Ireland are typical of those applied from time to time in all three jurisdictions over many years. They are justified by the utilitarian approach and the interests of victims and witnesses which have largely been accepted throughout the United Kingdom as the bases for the discount for the plea. They reflect the statutory background and circumstances of that jurisdiction and are well within the area of discretionary judgement available to that court.”

On whether “proceedings” included the investigative process prior to court, he said: “Just as [the 1996 Order] does not prescribe any rate of discount at any stage of the proceedings neither does it prevent the court from adopting a sentencing policy by way of guidance designed to ensure transparency and consistency. There is no requirement for an extended meaning of ‘proceedings’ to be adopted for that purpose. Article 33 does not prevent the adoption of a sentencing policy which treats as relevant to sentencing discount the failure to admit wrongdoing during interview.”

He continued: “Article 33 does not prevent the development by the Court of Appeal of guidelines in respect of the reduction in sentence for a guilty plea based on administrative resources, inconvenience to witnesses and vindication and relief to victims. There was no error of law arising from the consideration of those guidelines by the Crown Court or the Court of Appeal.”

On whether it was lawful to reduce the discount where the accused was caught red handed, Sir Declan added: “Where the prosecution case is overwhelming without relying on admissions from the offender that Guideline stated that the full discount may be withheld. That approach recognised that although an early plea in such cases delivered broadly the same utilitarian benefits and reassurance for witnesses and victims, the overwhelming nature of the evidence left the offender with little realistic choice.”

He concluded: “In England and Wales and Scotland sentencing policy has changed in recent years so that full discount for an early plea is now given in such cases. That change of policy does not render unlawful the policy choices adopted earlier and does not prevent the Northern Ireland courts from continuing to apply the guidance in Pollock which reflects the lawful policy considerations set out in the preceding paragraph.”

The appeal was therefore refused.