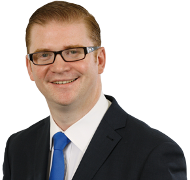 Senior surgeons have warned that proposals to introduce an opt-out organ donor register could reduce public willingness to donate.

The second stage of the Human Transplantation Bill was passed in the Northern Ireland Assembly on Monday.

The proposed bill would introduce a so-called soft “opt-out” system with the public automatically placed on the donor register.

But Health Minister Simon Hamilton said transplant surgeons had written to him urging caution about any law change.

The proposed legislation would mean consent to take organs would be presumed unless someone had taken action to remove themselves from the register.

Additional safeguards would also mean that a “qualifying person”, a friend or relative, for example, would have to affirm that the deceased person would not have objected.

The bill will now be referred to the assembly’s health committee, and will face several more stages before it could become law.

In their letter to the minister, Belfast Health Trust surgeons said that per head of population the number of living kidney donors in Northern Ireland was more than twice the UK average.

They warned: “While fully supportive of the principle of increasing the number of deceased donor organs available to provide life-saving transplantation, we are cautious about any change which, although well-meaning, may potentially have a detrimental impact on the public’s willingness to donate.”

The surgeons suggested waiting to see the impact of recent promotion campaigns and changes to legislation in other devolved regions.

“Deferring any change would allow firstly for re-evaluation of the impact of the Public Health Agency’s public education campaign, and secondly assessment of the impact of a similar change made by the Welsh assembly which will take effect on 1 December 2015.”