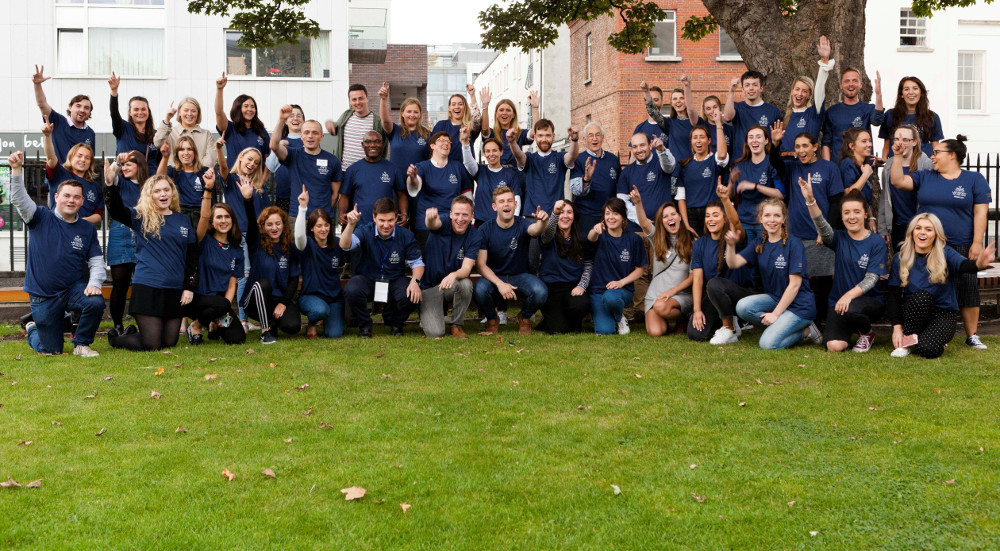 Over 3,000 transition year students have completed the Law Society of Ireland’s Street Law programme since its roll-out six years ago.

Over 40 trainee solicitors volunteer each year to help teach law in a practical way in local schools across Ireland, inspired by the Street Law initiative originally developed at Georgetown University in the US.

Professor Richard Roe and Melinda Cooperman from Georgetown University recently facilitated an orientation weekend in Dublin ahead of this year’s trainees beginning teaching later this month.

Once orientation is completed, the trainee solicitors are put in pairs and attend a school in the community. They deliver the programme over six lessons and cover topics such as the court systems, family law, discrimination law and sexual offences.

Trainee solicitor Nonie Bhanda, who volunteered with the programme last year and taught Street Law at her former school, Mercy Secondary School in Inchicore, said: We taught six lessons every Friday for one hour and 30 minutes. The students were really engaged and had a good knowledge of key social and legal issues like fairness and equality.

“They were also very knowledgeable about legal cases being reported in the media and asked many questions about the procedure and application of law. They had curiosity of legal issues such as consent, the courts system and the area of criminal law.”

Trainee solicitor April Rose Byrne, who taught at her former school, Coláiste Bríde in Clondalkin, said she was surprised at the students’ knowledge, interest and enthusiasm.

She said: “Although they were not legally old enough to vote, they had so many views on past referendums. They were full of ‘what ifs’ and ‘how comes’ which was refreshing and allowed for further and more in-depth discussions. They cared about topics we studied, especially the ones that directly affected them, such as consent.”

Ms Banda added: “One of the key benefits of the programme for the students is that it gave them a chance to hear about real cases and find out about how the law is practically applied in real life.

“We covered issues such as the fragility of jury selection, prejudices, the media’s role and the restorative nature of the criminal justice system.”

The Street Law programme also provides students with a first-hand experience of a mock trial hearing in the Criminal Courts of Justice, and offers an insight into what it might be like to train and study as a solicitor.