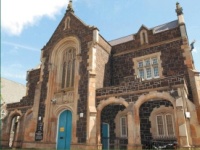 The Public Prosecution Service (PPS) has dropped charges against the only man facing criminal prosecution over the Omagh bombing in 1998.

Seamus Daly, 45, was charged with the murder of 29 people on 15 August 1998 and explosives offences related to the Omagh bomb and a further car bomb planted in Lisburn on 30 April 1998.

The PPS said prosecution was withdrawn at Ballymena Magistrates Court today due to inconsistent evidence from a key witness.

A spokesperson for the PPS said: “The decision not to seek the return of Seamus Daly for trial to the Crown Court has been taken following a careful review of the current state of the evidence. This has focused in particular on the testimony provided by a key witness during committal proceedings last week.

“Under cross-examination a number of issues became apparent which impacted upon the reliability of the evidence that the witness was providing.

“Having conducted a careful review of the case with the prosecution team, the Director of Public Prosecutions Barra McGrory QC has concldued that the available evidence no longer provides a reasonable prospect of a conviction. Consequently the prosecution cannot be continued.”

The spokesperson added: “On behalf of the PPS I extend our sympathy to the families affected by the Omagh bomb. We understand how difficult this decision will be for them.

“We hope they are assured that this decision was not taken lightly but is required in accordance with our duty as prosecutors to keep a decision under review and to discontinue criminal proceedings when the Test for Prosecution is no longer met.”

Patrick Corrigan, Northern Ireland programme director at Amnesty International, called on Secretary of State Theresa Villiers to revisit her decision not to order an inquiry into the bombing in the aftermath of the news.

Mr Corrigan said: “The collapse of this case means that the families bereaved and those injured by the bomb are left without answers about what happened that day and whether it could have been prevented.

“The failure of the State to deliver justice through the criminal courts only reinforces the case for an inquiry to help deliver truth.

“The Secretary of State must now revisit her indefensible decision to refuse an inquiry into the Omagh bombing.

“The families have been drip-fed information over the years, with new wounds opened each time and with none of the alleged bombers ever being held criminally responsible.

“What the bereaved, and Northern Ireland more broadly, deserve is the fullest account possible of what happened in Omagh, delivered by an independent inquiry, with cooperation from all sides.”