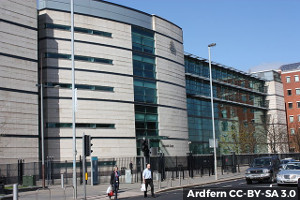 Pastor James McConnell has been found not guilty of offences under the Communications Act 2003 in relation to a controversial sermon delivered in Belfast.

The 78-year-old preacher faced two charges in relation to a speech which was broadcast live over the Internet, which prosecutors said characterised the followers of an entire religion in a stereotypical way which was grossly offensive.

Prosecutors argued that the remarks were not protected under articles 9 and 10 of the European Convention on Human Rights.

Judge Liam McNally agreed that the pastor had characterised Muslims in a stereotypical way and that his remarks were offensive.

He concluded that Pastor McConnell’s speech did not meet the threshold of “grossly offensive”.

Delivering his judgment, Judge McNally said: “The courts need to be very careful not to criminalise speech which, however contemptible, is no more than offensive.

“It is not the task of the criminal law to censor offensive utterances. Accordingly I find Pastor McConnell not guilty of both charges.”