Our Legal Heritage: The lawyer who put Hitler in the dock 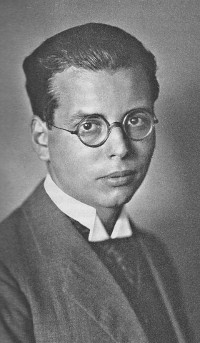 The latest series of the gritty and stylish TV drama Babylon Berlin, set in Weimar Germany, introduces Hans Litten as a civil rights lawyer battling to save the life of a woman sentenced to death after being tricked by the Nazis into assassinating Germany’s Jewish chief prosecutor. Connor Beaton shares his inspiring and moving story.

He was everything Hitler hated: an intelligent Jewish lawyer who defended communists and spoke truth to power about the Nazi Party’s violent, hateful ideology.

Hans Litten was not a typical 1930s Berlin lawyer. He reluctantly studied the law under pressure from his father, quipping in his diary: “When the ox in paradise was bored, he invented jurisprudence.”

Although he passed his exams with flying colours, he turned down lucrative job offers from the German government and a leading law firm – instead going into practice with his friend Dr Ludwig Barbasch, a left-wing radical who narrowly escaped a death sentence for his part in a communist revolt.

The pair quickly established themselves as “advocates of the working class”, defending workers from the brunt of the police and the state in the dying days of the Weimar Republic.

But it was an electrifying courtroom encounter with Adolf Hitler, head of the nascent Nazi movement, that sealed Litten’s fate.

Representing four workers injured during an attack by Nazi paramilitaries on a popular dance-hall, Litten had Hitler – then attempting to carve out a respectable reputation among Germany’s middle-class – called into court on the morning of 8 May 1931.

Litten’s three-hour cross-examination of the future dictator thoroughly shook and humiliated Hitler, who fumbled and contradicted himself when challenged on his party’s violent actions and rhetoric.

For years to come, Hitler lashed out at anyone who dared to mention Litten’s name – and when the Reichstag fire allowed the Nazis to assume total authority in 1933, Litten was one of the first people to be arrested.

He spent the rest of his life in prisons and concentration camps, beaten and tortured by Nazi authorities in a bid to have him betray friends and colleagues who posed a threat to the fascist order.

Those who languished in prison with him recall a man who was well-liked for his knowledge and love of culture – someone who fought valiantly to keep others’ spirits high in desperate circumstances.

Sadly, Litten eventually took his own life in Dachau on 5 February 1938, becoming one of millions who were driven out of this world by a fascist movement that committed mass murder on an unprecedented industrial scale in the final years of World War II.

To this day, Berlin’s district court and the German Bar Association can be found on the German capital’s Littenstrasse as a stark reminder of the dangers of leaving racism, anti-Semitism and fascism unchallenged.

As he approached the end, Litten sang the traditional song Die Gedanken sind frei to his fellow prisoners in defiance of watching SS officers, taunting them with apt lyrics:

“And if I am thrown into the darkest dungeon,
all these are futile works,
because my thoughts tear all gates
and walls apart: Thoughts are free!”