On this day – 1999: The Fascinating Story Of Jeanette Smith And Graeme Grady

On this day only 17 years ago, the European Court of Human Rights decided this famous case that meant that gay people can now serve in the armed forces.

Why did Jeanette Smith and Graeme Grady have to go all the way to the European Court of Human Rights to win their battle for lesbians and gay men to be entitled to serve in the armed forces?

Jeanette Smith enrolled as a nurse in the Royal Air Force in 1989. She subsequently obtained the rank of senior aircraft woman and was recommended for promotion. In 1994, however, it all went wrong for Jeanette. An anonymous caller told the air force that Jeanette was a lesbian. After extensive and intrusive questioning of both Jeanette and her partner by the air force authorities (including asking her whether she was into “girlie games” and whether she had “thought about” HIV), Jeanette admitted the allegations and she was subsequently discharged from service.

Graeme Grady joined the Royal Air Force in 1980. He also had a successful career in the forces and was highly recommended for promotion – including for diplomatic duties – until it became known to his commanding officers that he was gay. He was interviewed about his sexual orientation and his accommodation was searched. Eventually he admitted to being homosexual and was discharged in 1994.

The Armed Forces’ Policy stated: “Homosexuality, whether male or female, is considered incompatible with service in the armed forces… because homosexual behaviour can cause offence… induce ill-discipline and, as a consequence, damage morale and unit effectiveness”.

In 1995, Jeanette, Graeme and two other men who had been discharged from the army because they were gay, challenged the policy in the English High Court. They argued that the policy was unfair, and a breach of their human right to a private and family life.

They lost their case. The court acknowledged that their service records were exemplary and that there was no suggestion their sexual orientation would affect their ability to carry out their work or would damage morale or discipline. The judge said he thought the ‘tide was against the Ministry of Defence.’ He was, however, unable to judge against the government because the role of the courts in political matters (like defence of the realm) was to uphold government policy. The court could only interfere with government policy where it was ‘irrational’. Where the government was interfering with human rights, the court would consider the case with particular care. In this case, however, the court did not say the government policy on banning homosexuals from the military was ‘irrational.’

Could the Human Rights Act have saved the day? (Spoiler: Yes)

The Human Rights Act 1998 was not in force at the time of this judgment. This meant that the court was not considering whether the policy was a breach of the right to respect for private and family life under Article 8 of the European Convention of Human Rights.

Jeanette and Graeme were not allowed to appeal to the House of Lords, which was the highest court in the UK at that time. They therefore had no choice but to take their case to Europe.

On to the European Court of Human Rights (and upwards!)

The judges of the European Court of Human Rights were unanimous in their finding that there had been a breach of the right to a private life. This finding was based on the extremely intrusive nature of the investigations and questioning that had been carried out by the military in the cases. The government subsequently changed its policy and lesbians and gay men have been allowed to serve in the military since 2000.

Why is this case so important?

This case is a really good example of the difference between the English common law and the European Convention on Human Rights. The English common law did not go far enough to protect Jeanette and Graeme from the terrible intrusion into their private lives, that everyone, including the government, acknowledged had taken place. That was why they lost their case in the UK. The Human Rights Act 1998 has now incorporated the European Convention on Human Rights into UK law. This means the government would not be able to implement a policy like this again. Read this popular explainer on how the Human Rights Act 1998 works to achieve this.

If it weren’t for cases like these, transgender women like Chloe Allen wouldn’t be able to serve on the frontline. Chloe became the first British woman in a ground close combat unit this month. As a result, the British Army has been hailed as an “inclusive organisation where everyone is welcome and can thrive”. 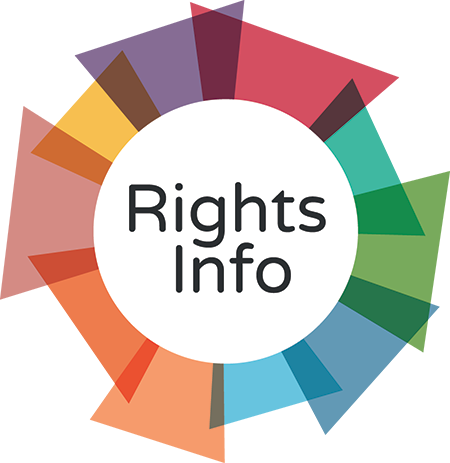