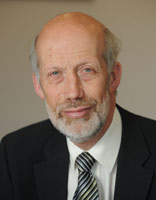 Northern Ireland’s largest law firm has withdrawn from all its major criminal cases in protest against rules that lower the level of legal aid payments the BBC reports.

Solicitors and barristers in the country are to take the Justice Minister David Ford (pictured) to court as they mount a legal challenge against the rules.

But Mr Ford said the new rules on legal aid are necessary and fair.

At court in Belfast this week solicitor Joe McVeigh said he would no longer represent his client – a man who faced sexual assault charges – because of the new legal aid rules and lower fees brought in this month.

Mr Mc Veigh described the rules as “a cynical and vicious attack” by the Department of Justice on defence lawyers.

He said the cuts would mean defence teams would not be able to represent those charged with serious crimes.

Mr McVeigh subsequently announced that his firm – Kevin Winters & Company – which is the biggest in Northern Ireland would be stepping back from all serious criminal cases.

Other solicitors in the court applauded the decision.

The firm undertook more legal aid work than any other last year and was paid nearly £2 million.

In reference to the most serious cases, for which legal aid fees are highest, Mr McVeigh said: “We can’t resource these cases, these extremely difficult cases, extremely involved cases, for the fees that have been set out by the Department of Justice.

“Wider society demands that the innocent are acquitted and convictions are safe. What the Department of Justice proposes in terms of resources can deliver neither.

“The law society, not just clients, require us to do work to a certain level of professionalism. What seems to be coming out of Stormont is: ‘Well, actually we’d prefer you just to do it to the bare minimum’, but we can’t do these cases to the bare minimum, that’s unprofessional conduct.”

Solicitors from throughout the country met for a special meeting at the offices of the Law Society of Northern Ireland to decide their response to the new legal aid rules.

In addition, the Bar Council of Northern Ireland met this week and it is understood a large number of its members would like to also withdraw their services.

Both branches of the profession claim the new rules are illegal and they are collectively taking the minister to court to have them overturned.