In the second piece for The Bar of Northern Ireland’s second Spotlight on the Young Bar series, Louise Maguire BL writes on flight delay compensation.

Holiday season is fast approaching; adverts are awash with pictures of sunny beaches, shimmering blue oceans, outdoor activities and cocktails by the pool. The only problem is that you have to get there first…

Many of us have endured the horrors of flight delay. Or worse – flight cancellation. Whilst compensation is often payable in such circumstances under Article 7 of Regulation (EC), NO 261/2004 (where the flight departs from or arrives in a country covered by the European Regulation), operating air carriers are not obliged to pay compensation where the delay or compensation was caused by ‘extraordinary circumstances’ that ‘could not have been avoided even if all reasonable measures had been taken’ (under Article 5(3) of the same Regulation).

What are ‘extraordinary circumstances’? This is a question that has generated much jurisprudence. Recital 14 to the Regulation also provides some guidance and states that ‘extraordinary circumstances’ may include; ‘political instability, meteorological conditions incompatible with the operation of the flight concerned, security risks, unexpected flight safety shortcomings and strikes that affect the operating of the air carrier.’

However, the aim of this post is not to consider each and every ‘extraordinary circumstance’ that may arise. The focus is instead on whether or not delay or cancellation caused by unexpected technical defects will meet the test.

Technical defects arising as a consequence of hidden manufacturing defects may comprise ‘extraordinary circumstances’ as these are beyond the control of the air carrier. In contrast, defects caused by defective maintenance are not considered to comprise ‘extraordinary circumstances’ and therefore do not excuse air carriers from paying compensation (see Wallentin-Hermann, C-549/07). However, what of the categorisation of unexpected technical defects - those not detected during routine maintenance?

This very matter was addressed by the European Court of Justice in the Van Der Lans v KLM decision. In that case the flight delay was caused by two defective components which had not exceeded their average lifetime – a fuel pump and a hydro-mechanical unit. The defects were completely unexpected, and the question for the court was whether or not this gave rise to ‘extraordinary circumstances.’

The Court observed that air carriers are confronted with unexpected technical problems as a matter of course. It found that although the breakdown in technical components arising out of premature malfunction is an unexpected event, it is intrinsically linked to the complex operating system of the aircraft and is therefore inherent in the normal exercise of an air carrier’s activity. It therefore follows that where a defect arises, for example, because a component wears out more quickly than expected and which was not detected by routine maintenance and inspection and which is therefore unforeseen or spontaneous, this will not amount to extraordinary circumstances. Air carriers should therefore expect the unexpected.

It is clear that the Court adopted a narrow interpretation of ‘exceptional circumstances’ in Van der Lans and in doing so have made it difficult for airline carriers to rely on spontaneous or unforeseen technical defects as a means to avoid paying compensation in cases of flight delay or cancellation; good news for passengers! 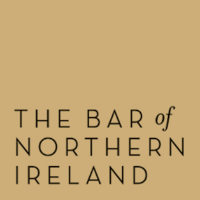