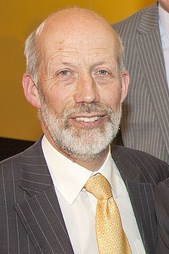 The Department of Justice must “speedily” revise new rules for legal aid fees in Northern Ireland following a ruling by a High Court judge.‎

Mr Justice Paul Maguire upheld complaints about “two specific aspects” of Mr Ford’s decision making, finding the level of pre-trial fees paid to solicitors in certain cases was insufficient and that there was no impact assessment of the changes.

But Mr Justice Maguire refused to quash the rules and said he expected the Department of Justice to “speedily rectify the situation”.

Gerry McAlinden QC, chairman of the Bar Council, said: “The judgment is very detailed and will require careful study, however it is clear that the judge found in favour of the applicants in respect of two of their main arguments.

“The judge has held that it was unlawful to remove the GP2 remuneration for solicitors and he has also held that the deliberate decision of the Department not to carry out a full impact assessment was unlawful.

“We did not take this action lightly. It was important that these matters were heard in court. We firmly believe it is our responsibility to uphold access to justice in the best interest of the public and to preserve legal aid as an important social welfare provision for the most vulnerable.”

Arleen Elliott, president of the Law Society of Northern Ireland, added: “The Law Society will carefully consider the judgement before responding in full.