Lawyer of the Month: Jenny Moore 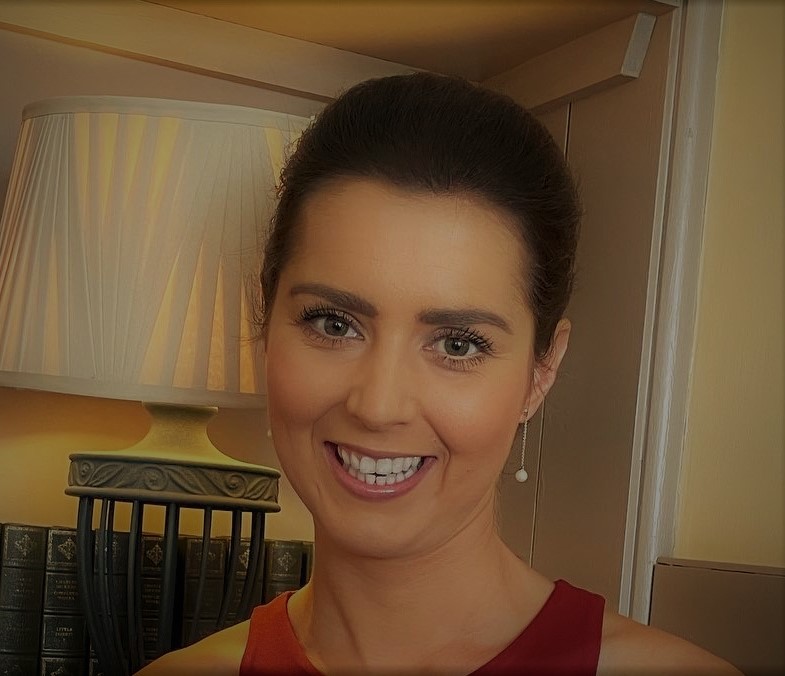 School was such a positive experience for Jenny Moore, employment lawyer with Danske Bank UK in Belfast, that she didn’t want to leave an educational setting.

Becoming a teacher was the career path she thought she would choose from a young age. But that was only after she decided to take an academic route rather than a sporting one, having been a competitive swimmer in her teenage years. She clearly excelled at sport, competing at both Ulster and Irish levels while at school, Methodist College in Belfast.

In the end, while study won out over sport, it was law, not teaching, that Ms Moore chose to pursue. And it looks like she made a good move, having recently been named In-House Lawyer of the Year at the Next 100 Years Inspirational Women in Law Awards 2021.

Ms Moore says: “In terms of law it was my interest in disciplines and things like history, English and my love of reading that started the journey. I’m also very much a people person and saw law as a real opportunity to help others no matter what area of expertise I chose to operate in.”

Ms Moore explains: “I chose to stay in Northern Ireland and I’m really grateful for the fact I did. Queen’s is a wonderful university. It offers its students so many opportunities, both academically and in terms of fulfilling their passions and interests. The relationships and friendships I developed there, I still have to this day. I also now have the opportunity to tutor next generation lawyers at the Institute of Professional Legal Studies in employment law.”

While studying, she experienced different areas of the legal profession through various work placements, including time with law firm Arthur Cox in Dublin and Ciaran Murphy QC, a criminal barrister in Northern Ireland. The latter placement helped Ms Moore secure her solicitor training contract with a bespoke law firm in Holywood that specialised in employment law.

From there, she moved to the large corporate law firm A&L Goodbody in Belfast, joining its employment and incentives team. “I found that time at A&L Goodbody extremely informative,” says Ms Moore. “I learned by osmosis. I was fortunate to work closely with Gareth Walls, head of the employment department. He was pivotal in my learning of the employment law discipline.”

On why she specialised in employment law, Ms Moore believes it gives her the opportunity to advance equality, diversity, inclusion and a sense of belonging for all in the workforce. And being an in-house lawyer places her at the heart of the business, allowing her to contribute to its overall strategy. She joined Danske Bank in May 2020, not long after the country had gone into lockdown.

“I can remember before I joined Danske doing my due diligence and I was reading its responsible business report which they publish every year. I was thinking what an incredible place it seemed to be to work, with ambitions to be a responsible employer, but also to be responsible in societal terms,” says Ms Moore.

“I can honestly say, having been here for a year and a half and joining near the start of the pandemic, that it has lived up to what I thought and more. The bank has just been so caring in terms of colleagues, customers and society. They really are what they say they are publicly and I love that about Danske.”

Ms Moore is also passionate about tackling the issue of domestic abuse, partly through her position as a director of Women’s Aid Northern Ireland which she took up more than five years ago. She was introduced to the role by a friend and professional connection Jennifer Gill at EY in Belfast and says it has offered her the chance to “give back” – something she had been looking to do for a while.

She says: “In my role with Women’s Aid, I’m very close to the statistics which show that one in three women and one in six men will be subject to domestic abuse in their lifetime. But only five per cent of employers will have a policy or support specially designed to help victims, and indeed perpetrators who want to change their behaviours. I think there is a real opportunity there but I think there is so much more can be done to remove the stigma as has happened with mental health. And we need to accelerate that.”

She recently spoke at a conference led by the Attorney General in Northern Ireland on coercive control in a domestic abuse context and what Danske Bank have done as a responsible employer.

She adds: “I would call on every employer out there, no matter how small, to take steps to help victims of domestic abuse. Any organisation that has over three women employed will more than likely have victims of domestic abuse within their workforce. There is action that can be taken. We know lockdown didn’t cause domestic abuse, abusers do, but it has exacerbated it for many victims who have been locked down with their perpetrators and we need to be very aware of that.”

Ms Moore has praise for Caroline van der Feltz, Human Resources Director at Danske Bank UK, for her role in driving the organisation’s people policies. “I’m really clear in my mind that Danske gives colleagues the platform and latitude to run with initiatives that will make a difference. One of those initiatives was bringing in our domestic abuse support for colleagues in 2020/21. I was provided with phenomenal support from the bank in general terms and from Caroline in particular.”

On recently being named In-House Lawyer of the Year at the Next 100 Years Inspirational Women in Law Awards 2021, she credits Dana Denis-Smith, the organisation’s founder with doing a phenomenal job in advancing equality. “To be named in that space is a real privilege and honour.”

When not working, Ms Moore still enjoys swimming and sport in general and finds this a good way to “press reset and de-stress”. She’s also looking forward to being able to travel next year, restrictions permitting. “My husband and I have a real travel bug and we have a list for 2022 we’re hoping to tick off,” she adds.