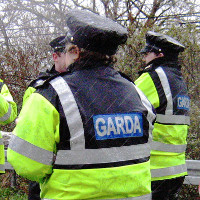 Most people are taking up their right to have a solicitor present when being interviewed by gardaí after an arrest, a conference will hear today.

The conference at Blackhall Place, organised by Dr Vicky Conway and Dr Yvonne Daly at the Socio-Legal Research Centre in DCU, will hear from a range of leading legal academics and lawyers.

Since May 2014, the Director of Public Prosecutions has permitted solicitors to attend suspect interviews in Garda stations.

Early this year, the Supreme Court in DPP v Doyle refused to recognise this as a constitutional right in Irish law, but the practice has been allowed to continue without any clear legislation or regulation.

According to the Legal Aid Board, 2,788 claims for legal representation during a Garda station detention have been authorised this year so far. Less than half of those suspects had a solicitor present during their interview - just 1,354 (48 per cent) of the total.

The morning sessions of the conference focused on the developing jurisprudence in Europe and Ireland and assessed the practical realisation of suspects’ rights in those jurisdictions.

The afternoon sessions will consider the necessity of training and lessons that can be learned from the experience of England and Wales in the 1980s. It will then consider some of the particular issues which arise for more vulnerable participants in the system before a panel discussion on key themes emerging from the day.