Lawyer of the Month: Jane Barrett 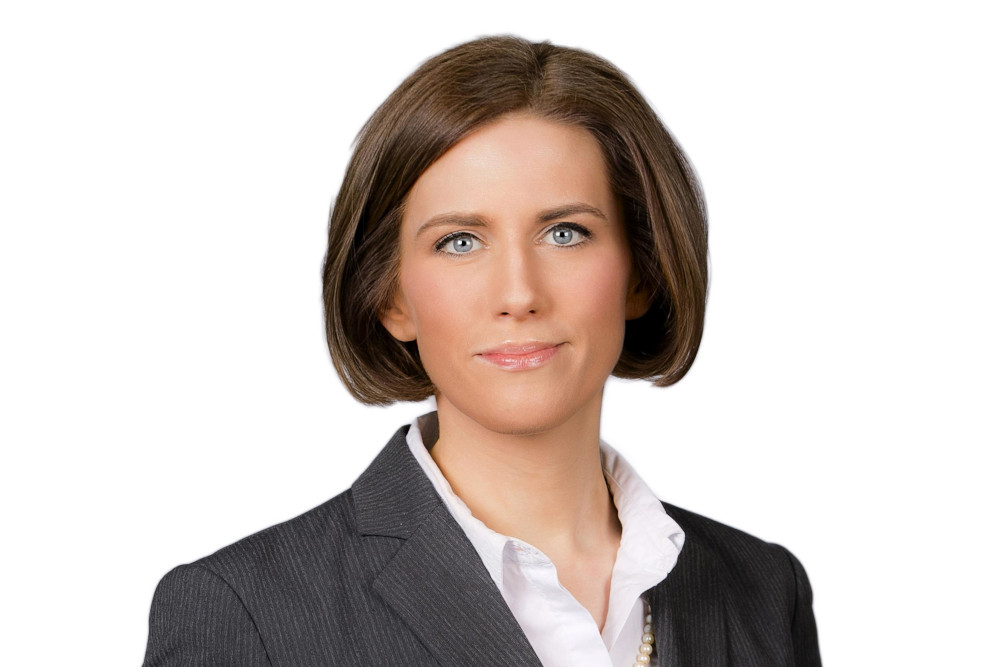 It emerged in March that nearly two-thirds of disabled people employed in the Irish legal sector have not disclosed their disability status at work. Many in the industry believe this concerning statistic emphasises the need for more awareness around the topic.

The worrying finding came from a survey of more than 100 delegates attending the inaugural event of the disAbility Legal Network at the offices of William Fry LLP in Dublin. The mission of the network is to address this issue by promoting equal opportunities for people with disabilities within the legal sector. Its vision is of a more inclusive legal sector and its values focus on diversity.

At the time, Jane Barrett, an associate with William Fry and founder and chairperson of the disAbility Legal Network – which had a ‘soft launch’ last year – said the “high proportion” of respondents who had not disclosed their status demonstrated the need for such an initiative. She added: “One of the goals of the disAbility Legal Network is to raise an awareness that there are, in fact, people working in the legal sector with disabilities.”

And this is a cause close to Ms Barrett’s heart for personal and professional reasons. Her experiences explain why she was driven to create the network, alongside her busy day job as part of the pensions and share incentives teams in the employment and benefits department of William Fry.

Ms Barrett says: “I was diagnosed with multiple sclerosis (MS) in September 2016 when I was just six months qualified. I felt at that stage in my career it would have been a comfort to see disabilities represented within the legal profession and sector. This is where the idea for the disAbility Legal Network originally came from. Such visibility would have been a benefit to me.”

In early 2021, she came across the Lawyers with Disabilities Division of the Law Society of England and Wales after attending an event she was invited to by the Association of Pension Lawyers (UK). “When I saw that group I thought this is something that’s really missing in Ireland,” she explains. “There was nothing similar here in any shape or form to represent people with disabilities.”

Once the idea had been sparked in her head, Ms Barrett contacted the Law Society of Ireland and she put a call out to others in the legal sector who might be interested in such a network. She also received support from the chair of the Lawyers with Disabilities Division in England and Wales. Her work led to the first Zoom meeting for the Irish initiative in April 2021.

“The was great attendance at that Zoom meeting, and real energy and motivation,” says Ms Barrett. “The mandate I took away from the meeting was to set something up that would be inclusive for people in the Irish legal sector, involving the likes of barristers and those working in business services. It’s for people working in any capacity in the legal sector in Ireland.” 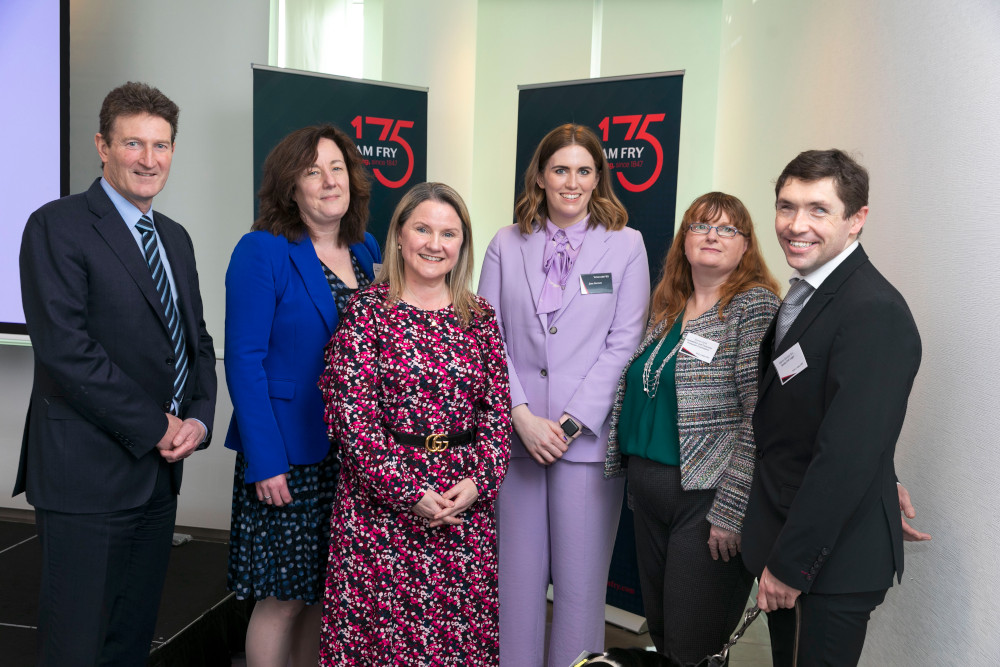 Ms Barrett drew some of the inspiration for the structure of the disAbility Legal Network from the OUTLaw Network that was launched in Ireland in 2019 to represent the sector’s LGBTQ+ community. Gerard James, who is on the OUTLaw committee, is a colleague of Ms Barrett’s at William Fry and he has given her advice on the formation of the network.

William Fry’s diversity committee, of which she is a member, has also been supportive, as has the firm’s CSR manager who has introduced her to contacts in the legal profession to join as “allies” of the network.

“As part of the structure of the network we agreed a pledge document with shared goals with allies, such as implementing disability training,” says Ms Barrett.

She pinpoints the launch of the network’s website last December as a significant moment because of the visibility it brings. This fits it in with the organisation’s aim of raising awareness of those working with disabilities in the legal sector, along with its focus on promoting equal opportunities.

In terms of current priorities, Ms Barrett says: “A project we’re working on at the moment is inspired by the network’s first event in March and us trying to be as accessible and inclusive as possible. We’re creating guidelines for accessible events in the legal sphere.

“I wanted to take on best practice with our first event, such as having an Irish Sign Language (ISL) interpreter, live transcription and asking speakers to explain their physical appearance before they talk. From that, I got feedback that this is something others don’t always think about for their events.”

Ms Barrett also hopes that by shining a light on people with disabilities working in the Irish legal sector, it will help remove the stigma that stops so many disclosing their status at work. “This is something we’ve discussed on the network’s committee,” she says.

“Law is quite competitive as a profession and I think there is a fear that disability will be seen as a weakness. People might be worried they could be viewed as incapable of doing their job if they disclosed it. We want to break that stigma. What we’re trying to say is that there are lots of people still working competently with disabilities.

“Some people might not want to disclose a disability and that’s their personal decision. But others who fear doing so might be having to take annual leave for medical appointments and things like that when there is probably support they can get.”

Ms Barrett is now working with the disAbility Legal Network committee to plan its next event, a hybrid one, to be hosted by Matheson on Thursday 30 June from 10am-11am. This will explore neurodiversity in the legal sector, titled “Legal Minds: Neurodiversity in the legal sector”. The event is open to all but pre-registration is required and in-person spaces are limited (to attend, please contact info@disabilitylegalnetwork.ie).

Alongside building up the network, Ms Barrett is progressing her career with William Fry, the firm she joined as a trainee solicitor in 2013. Having previously thought she might focus on medical litigation, she was placed in the employment department at the firm and found that this work suited her. She now specialises in pensions within that department and does some work in share incentives.

She says: “I advise trustees and employers on pension schemes and input on corporate transactions where there is a pension scheme involved. I particularly enjoy the interpretation and drafting work involved. And it’s a time of change in pensions law, so it’s a good time to be a lawyer in that area.”

Ms Barrett hadn’t always set out to be a lawyer, having had a desire to be an artist, and she says she did not have any family connections to the law, coming from a farming background. But she has managed to indulge her passion for art in her legal profession. William Fry previously sponsored the Incognito Art Sale in support of the Jack and Jill Children’s Foundation and Ms Barrett contributed some of her work to help raise funds for the charity.

While she is still in the relatively early stages of her career, she says one of the highlights during her formative years was working as a legal researcher for a senior counsel after her Masters at Trinity College Dublin. “The senior counsel, Inge Clissmann SC, specialised in family law and was an unbelievable lady,” she recalls. “It was my first job out of college and such an interesting role. She treated everyone really well. She would take on pro bono cases and had a real belief in equality.”

For now, Ms Barrett plans to gain more experience with William Fry as a pensions lawyer, while building up the disAbility Legal Network. She concludes: “I’d like to see the network grow and gain enough traction so that, when I eventually step away as chair, it will have the momentum to keep going.”