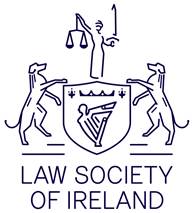 A private WhatsApp group in which law students are said to have exchanged “highly offensive” messages does not contain references to female students, the Law Society of Ireland has said.

The Law Society launched an investigation last week into allegations that students at its law school had posted “inappropriate comments” in a private messaging group.

Early reports suggested that some of the messages related to women also studying at the law school.

However, in a statement issued yesterday, the Law Society said: “While the investigation into the private messaging group by a small number of students is not yet finished, the Law Society has completed its review of the content of this WhatsApp group.

“The Law Society remains very concerned about students engaging in any inappropriate messaging on WhatsApp or otherwise. However, the Society is now able to confirm that the WhatsApp group does not contain references to any female students.

“Once the investigation has been completed the Law Society will determine what further disciplinary steps are required.”