Kevin Bell BL: The future of the gig/project economy 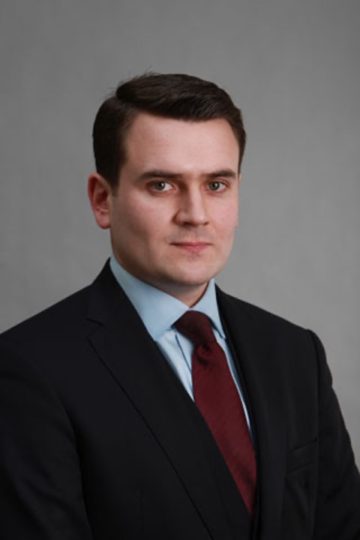 Kevin Bell BL examines the future of the gig economy in Ireland.

The significant judgment of the High Court in Karshan v. Revenue Commissioners has been overturned by the Court of Appeal. The ruling has granted companies in the Irish gig economy significant leeway, in that delivery drivers will continue to be independent contractors rather than PAYE employees.

The gig economy and its journey of transformation

The rise of the gig economy has been one of the most widely analysed trends in employment law in the last decade. The elements of this 21st century phenomenon typically include mobile apps and online platforms that link the supply of labour with the demands of customers and employers across a vast range of service sectors. Examples include food delivery apps, ride-hailing apps and holiday rental apps.

According to the UK government:

“[The] gig economy involves the exchange of labour for money between individuals or companies via digital platforms that actively facilitate matching between providers and customers, on a short-term and payment-by-task basis”

In the beginning these gigs were typically based on a short-term and payment-by-task model, although there has been an increasing participation in the higher end of the labour market in recent years.

The last decade has seen several businesses grow under this umbrella across diverse sectors and offering a wide variety of services. Uber has revolutionised transport in London and New York, although it has failed to make much headway in Ireland due to the government’s insistence that our licensed taxi drivers be cosseted from competition.

Likewise, Deliveroo undoubtedly saved dozens of Irish restaurants during lockdown, effectively giving them access to an outsourced marketing and delivery service. It has become a household name, certainly amongst the younger generation.

An increase in focus from legislators and regulators

The explosion of the sector has seen increased focus from legislators and regulators. In Ireland, the Revenue Commissioners have been quite open that they have had a particular focus on “false self-employment” for several years now. The European Union in February this year published its proposal for a directive protecting gig workers, entitled “Improving working conditions in platform work”.

It is in this context that the long running litigation in Karshan (Midlands) Limited t/a as Domino’s Pizza v. Revenue Commissioners arose. In 2014 the Revenue Commissioners determined that pizza delivery drivers engaged by Domino’s as independent contractors were in fact working as employees, and as a result Domino’s were deemed liable for PAYE and PRSI contributions in respect of those drivers.

As is the case in most of the arrangements between companies and their gig workers, Domino’s contracts with its drivers described the latter as independent contractors. The contracts stipulated that the drivers were to be paid according to the number of deliveries successfully undertaken and for marketing the company via promotional uniforms and advertising.

In a majority decision, the Court of Appeal last month found in favour of Domino’s. Ms Justice Costello, for the majority, ruled that the Revenue Appeals Commissioner had erred in determining that there was no requirement for ongoing obligations to provide and carry out work, in order for the required ‘mutuality of obligation’ of an employment contract to be fulfilled.

The judge also carried out a forensic review of the wording of the written agreement entered into by the parties. She noted that there was no requirement on the part of a driver to make himself available for work.

Contrary to the Appeal Commissioner’s (previously undisturbed) finding, the driver was not “obliged” in any way to seek to find a substitute if he was unavailable for a rostered shift – he had only to “notify” Domino’s that he was no longer available. In fact, the contract lacked any kind of sanction if the driver failed to attend for any shift. Having the contractual right to turn down work is generally incompatible with a legal employment relationship and is more indicative of a self-employed arrangement.

The court was critical of the previous findings of the Appeal Commissioner that the requirement for mutuality of obligation was satisfied at the time when the specific shifts were agreed between the parties. That is, that the time-limited obligation to work the specific shifts on one particular rota, absent any further continuing obligation, satisfied the law’s requirement that an employment relationship requires an enforceable obligation to provide work and to perform work.

The Court of Appeal noted, correctly in my view, that if mutuality of obligation were reduced to this minimal requirement then almost every self-employed person could come within its ambit, in that they all (at some point) undertake an obligation to carry out some specific work at a particular time. As Domino’s had argued before the High Court, mutuality of obligation is in fact a more onerous commitment than a simple wage/work bargain for a finite period.

An observation made by the court is that while the written contractual terms are not the be-all-and-end-all, they are of key importance and must be respected insofar as there is no specific evidence that they do not represent the reality of the bargain struck between the parties.

On the basis that the contractual document did not disclose an ongoing obligation to provide work, and that even once shifts were agreed drivers were entitled to cancel them at will, it was clear that there was an absence of mutuality of obligation and therefore based on the clear principles of Irish law, the Domino’s drivers could not be employees.

What’s the future for the gig economy?

Currently, an estimated 162 million people in Europe and the United States, or 20 to 30 percent of the working-age population, engage in some form of independent work.

Millennials became the largest single generation in the workforce in 2020, and research shows that 72 per cent of millennials would like to ultimately be their own boss. That generation is far more likely to have been university educated than its predecessors and is increasingly focused on the information technology sector.

Recent research by Trinity College Dublin has emphasized that what it has termed the “Project Economy” (i.e. high-end gig work) has many benefits for high-skilled professional contractors. High-skilled independent contractors working in the gig economy earn an average of 56 per cent more than equivalent occupation employees. They manifest higher levels of work and life satisfaction levels than equivalent employees and are more optimistic about the growth of their sector. A total of 76 per cent of high-end contractors voluntarily chose this form of work.

This is markedly different to what we see at the lower end in what might be termed the “traditional” gig economy, 13 years after the foundation of Uber, its first trailblazer. After a series of legal setbacks in Britain, California and New York, the business model for many household name companies is looking challenging.

Since Uber commenced public trading, for example, and despite its fame and ubiquity, it has only ever turned two profitable quarters, which were Q3 and Q4 of 2021 (and those profits arose mainly through Uber divesting investments in other companies). Despite two good quarters, and increased revenue, Uber still lost $496 million in 2021, and $6.8 billion in 2020.

It is currently engaged in a worldwide “conversation” with its drivers to address the various successful legal challenges to its contractual model. It is difficult to see a scenario where the outcome of this conversation does not see higher operating costs. There may be an avenue to medium-term profitability here, but if there is, it is certainly beyond my meagre skills to see.

Similarly, Deliveroo has become a household name in the last five years. It currently engages over 1,000 delivery drivers in Ireland alone. It has never turned a profit. Between 2020 and 2021 its revenue increased from £1.16 billion to £1.8 billion, and yet its pre-tax losses increased from €223 million to €298 million. When a company’s losses increase in step with its revenue increasing, again, the road to profitability would seem to be rocky indeed.

If the business strategy of these traditional gig behemoths fails to succeed, then it may cause the momentum behind the app-based venture capital frenzy to fade – and we may see a return to a more risk-averse strategic basis that puts an increased emphasis on medium-term, rather than long-term, profitability. The flight of that venture capital could lead to a sea-change in this sector, with the staggering losses which have been plugged by that capital up until now leading to the downfall of several established brands.

There may indeed be a future for the gig economy, and the Karshan judgment will see several large-scale employers breathe a sigh of relief, at least in respect of their Irish operations. But with European Union legislation in the offing, and capital investors potentially seeking more immediate returns, Karshan may turn out to be a somewhat temporary reprieve.