NI: Judges visit UK Supreme Court to hear about IT use 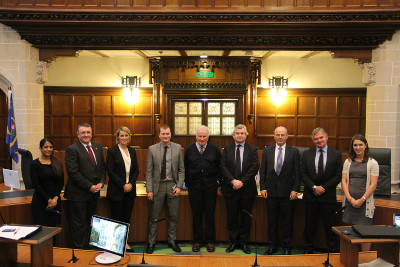 The judicial delegation from Northern Ireland, accompanied by Mark Orr QC and Michaele Diver, was briefed on the Supreme Court’s increasing use of IT in case presentation, such as the use of laptops and display systems in each courtroom.

The delegation saw a demonstration of a system used at the court whereby counsel can take Justices to passages in an electronic bundle via screens set up at each place on the judicial bench, typically saving both time and paper during hearings.

The delegation also heard about the Supreme Court’s use of video footage of proceedings, and its engagement with social media.