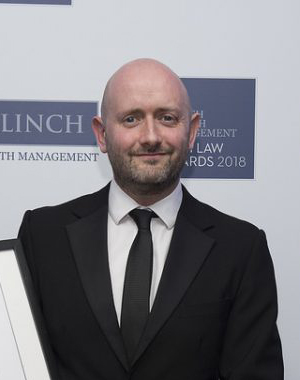 Jason O’Sullivan, principal and founder of J.O.S Solicitors, urges the government to take action in the wake of scrutiny of RTÉ’s employment practices.

The crisis began, to the organisation’s credit, when it commissioned an independent review in 2018 of the employment status of 433 contractors at RTÉ. The aim of the internal review was to determine whether they had been misclassified as self-employed.

The report was conducted by Eversheds Sutherland and found that 106 contractors had “attributes akin to employment”. This lead to 81 of the workers identified being eventually offered full-time contracts with RTÉ, of which 79 were accepted.

The Department of Employment Affairs and Social Protection’s Employment Status Investigation Unit (ESIU) commenced its own external probe into the alleged bogus self-employment contracts in late 2020, following Eversheds findings. The scope of the ESIU review is significantly broader than that of Eversheds, dealing with more than 500 employees and the review is ongoing.

In the intervening years, the fallout has led to RTÉ reaching a €1.22m tax settlement with Revenue last year following Revenue’s own audit. Whilst RTÉs Director General Dee Forbes appeared before the Public Accounts Committee (PAC) last year. She was forced to spell out the financial woes of the national broadcaster, showing operational deficits in their millions for 2017, 2018 and 2019.

The Department of Social Protection then instigated its own investigation for suspected non-payment of PRSI. It’s reported around 80 former RTÉ contractors are seeking retrospective payments including holidays and other entitlements as allegedly denied to them.

To date, RTÉ has committed to reimbursing four years’ retrospective social insurance contributions to misclassified workers. It remains unwilling to commit to paying back anything in respect to pension payments and holiday entitlements. This position by RTÉ is causing much consternation amongst those affected.

It’s also understood that RTÉ has appealed a number of decisions by the Department to the Social Welfare Appeals Office (SWAO) which will likely further delay any resolution.

To compound matters for RTÉ, legal claims have come before the Workplace Relation Commission (WRC). Last month, RTÉ was ordered by the WRC to pay €47,000 in damages to two female researchers who worked on the Today Show.

The WRC determined in both cases that these two workers were incorrectly classified as independent contract researchers and should have instead been classified as employees under a fixed-term contract of service. Such disparity caused both workers to be at a disadvantage in regard to their rights and entitlements when compared to their colleagues.

The upshot of this latest chapter in a long-running saga is that RTÉ will likely face more legal challenges including punitive damages, with rising legal fees in defence for such claims. Given its financial losses as disclosed to PAC last year, it’s reasonable to assume the Irish taxpayer will be relied upon to shore up its balance sheet.

It would however, be unfair to assume that RTÉ as an organisation is alone with such employment law failing and practices. The story in fact demonstrates that the issue of false self-employment is likely quite prevalent across the Irish economy and particularly in certain sectors such as construction, IT, aviation, film and media.

At present, the words ‘employee’ and ‘worker’ are inconsistently applied throughout employment law. This ultimately leads to differing interpretations of these words in various pieces of pertinent legislation, causing unnecessary confusion for all players in the employment market.

Therefore, one must first look to the terms of the agreement in place, and then examine the relationship between the parties, as the agreement may not aptly reflect the actual working relationship. It is not simply a matter of calling a role ‘employment’ or ‘self-employment’.

When considering such matters, the WRC and the courts will place emphasis on a number of factors, some referred to as “tests”. For instance:

These tests remain the benchmarks for identifying whether or not an employment relationship exists. Therefore the particular facts, circumstances and nuances of each individual case will be determined on its own merits.

There is currently no provision regulating false self-employment in Irish legislation. The Joint Committee on Social Protection, Community and Rural Development and the Islands issued a report entitled “Examination of Bogus Self-Employment” in June 2021.

The report made 13 recommendations which included running an awareness campaign, providing a standard definition of the terms ‘worker’ and ‘employee’ in relevant legislation, bolstering the remit and resources of the WRC to deal with such matters, as well as backdating pay of PRSI up to six years.

Such recommendations are welcome, but are yet to be implemented. Some commentators argue that these proposed measures don’t go far enough, with calls for more tailored legislation to be enacted to give statutory protections.

The government needs to take urgent action in a proactive and substantive way to help educate the Irish workforce and stakeholders on the distinct differences between those who are genuinely self-employed and those who are bogus self-employed. By doing so, it will limit abuses and safeguard the rights and entitlements of thousands of Irish workers who are at present forced to seek remedy through the courts for justice.