Human rights commission argues marriages of convenience are not voided 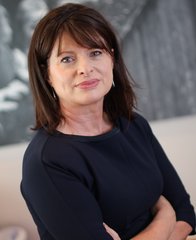 A marriage is not void in law just because the Minister of Justice has found it to be a marriage of convenience, the Irish Human Rights and Equality Commission has told the Supreme Court.

The human rights watchdog yesterday appeared before the court as an amicus curiae in a case expected to clarify whether a marriage contracted under the Civil Registration Act 2014 is valid where the Minister for Justice considers it to have been contracted for obtaining EU law entitlements.

In February 2019, the Supreme Court granted leave to appeal an earlier High Court judgment on the grounds there is a need to clarify the law on this matter beyond the facts of the particular case.

In its legal submissions, the commission said it “respectfully submits that the High Court erred in its conclusion that the effect of a decision by the Minister that there is a marriage of convenience for the purposes of the 2015 Regulations is that such a marriage is a ‘nullity in law’ or void ab initio”.

Chief commissioner Emily Logan said: “As part of its legal submissions the Commission argued the status of a marriage validly contracted under Irish law must be understood in light of the right to marry as protected under the Constitution, the European Convention of Human Rights and the Charter of Fundamental Rights of the EU.”