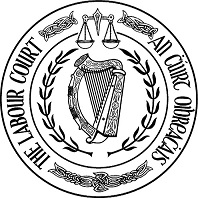 Finbarr Flood, an Irish businessman and former chairman of the Labour Court, has passed away at the age of 77.

In 1998, he became the first former managing director of a private sector company - Guinness - to chair the Labour Court.

He passed away on Sunday at the Beacon Hospital in Dublin.

He will be removed to John’s Lane Church at 5pm. A funeral takes place tomorrow after 10am Mass to Mount Venus Cemetery, Rathfarnham. Donations directed to the Jack and Jill Foundation.

The Labour Court, established under the Industrial Relations Act 1946, operated at the time as an industrial relations tribunal for the adjudication and resolution of trade disputes.

It is not a court of law but has gradually acquired new powers.

Under the Workplace Relations Act 2015, it now has sole appellate jurisdiction in all disputes arising under employment rights enactments.