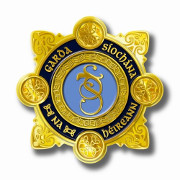 Lawyers acting for the family of the late Denis Donaldson are to launch legal proceedings against An Garda Síochána in the European Court of Justice.

Mr Donaldson, once a leading member of Sinn Féin, was killed in April 2006 shortly after being exposed as an informer for police and British security forces.

An ongoing inquest into his death has been adjourned for the seventeenth time after gardaí requested extra time to pursue further lines of inquiry.

Ciarán Shiels of Madden & Finucane Solicitors, acting for the family, did not attend the hearing but sent a letter opposing the decision.

In the letter, Mr Shiels said the family had instructed him not to attend as they saw the hearing as “a pointless exercise”.

In a statement published afterwards, Madden & Finucane Solicitors said the family’s patience had been “exhausted” by “sustained indulgence” shown towards gardaí.

It continues: “The Irish state must be held to account for its violation of our right to a Article 2 ECHR-compliant investigation, just as much as those responsible for causing Denis’ murder and the family’s ordeal.

“We will therefore be shortly consulting with our legal advisors with a view to securing appropriate remedies at both domestic and European level.

“In the meantime, a new complaint is being submitted to the Garda Siochana Ombudsman Commission about grievances highlighted on behalf of the Donaldson family, who will also request a meeting with the new Policing Authority once fully established.”