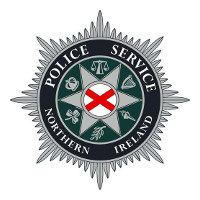 Solicitors acting for seven former soldiers have lodged emergency High Court proceedings that could derail the investigation into the Bloody Sunday killings.

The ex-paratroopers are seeking a judicial review against the Police Service of Northern Ireland on the basis that the investigation launched in 2012 is being pursued for “political reasons”, The Telegraph reports.

The seven men are those known as soldiers B, N, O, Q, R, U and V in the 2010 Saville Report into the highly controversial 1972 incident.

Their lawyers have argued that it would be illegal to arrest them at their homes, and have asked for 24 hours’ notice for them to attend a police station for questioning.

Lance Corporal J, the former soldier who on Tuesday became the first person to be arrested in connection with the killings, has since been released on bail.

He was reportedly questioned by police in Belfast over the deaths of William Nash, 19, Michael McDaid, 20, and John Young, 17.

A statement published by The Parachute Regiment on Facebook yesterday reads: “While the Regiment cannot comment on an ongoing PSNI investigation it is important, the wider Regiment know, that RHQ is in communication with the appropriate department within the MOD and Army HQ; and that the former member of the Regiment is being offered the appropriate support.

“The Colonel Commandant appreciates that this is a difficult time for both the veteran and his family, and assures them of our support while this case is being investigated.