Dr Vicky Conway: Not too late for State to atone for past crimes 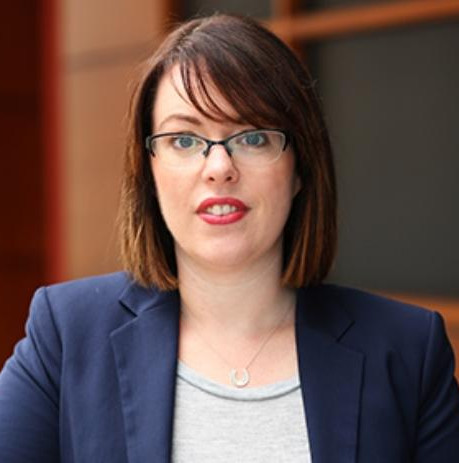 Dr Vicky Conway calls on the government to take urgent action to secure the rights of criminal suspects.

The shocking treatment of Joanne Hayes and her family by gardaí was back in the spotlight this week, with allegations of garda brutality, forced confession and fabricated statements laid bare in the final episode of Crimes and Confessions.

The series, which finished airing on RTÉ on Monday, examined three of the most notorious miscarriages of justice cases in 1970s and 1980s Ireland and was an eviscerating account of the work of the ‘Heavy Gang’. That was the term applied to a group of gardaí who were alleged to have assaulted and threatened suspects and used other forms of pressure on them during that time.

The focus on the Kerry babies case brought to light new evidence not previously made public, such as the Garda Commissioner’s report on the investigation into the Hayes Family. It left little doubt in the minds of viewers that something very wrong was happening in Irish policing at this time, that the Commissioner could say they were ‘grossly negligent’, and yet for the officers involved to only ever be promoted.

Some, such as Retired Detective Inspector Gerry O’Carroll, who was involved in the Kerry Babies investigation, encourage us to justify that by way of context: the eruption of the Troubles brought great dangers and challenges for gardaí as they tried to prevent serious criminal activity.

But there is no such justification. The laws were clear at the time. Constitutional rights required fair trials and coerced confessions were in direct breach of those rights. The State had signed the European Convention on Human Rights in the 1950s (though it was not be legislated for until 2004).

It is important for those who were affected by this that society at large accept what happened to them, and that it was very wrong. Joanne Hayes experienced something of that at the time, with the crowds that gathered and sent yellow roses showing their support.

But everyone affected needed this recognition by society that police did this to them. This has perhaps been achieved to a certain extent amongst all who watched the series, and this will be heartening I’m sure for those who relived their traumatic experiences so publicly.

So what now? The government needs to take the following five steps.

Firstly, reporter Mick Peelo stated in the final episode that they had identified 20 individuals who were convicted of crimes who had been interviewed by those named in this series. At a minimum, these cases need to be thoroughly reviewed with a commitment to exonerate and compensate where appropriate.

It is however likely that this figure is not complete and An Garda Síochana should open its files from the time for independent review. That there may be those living all this time with convictions secured through unlawful means is very worrying indeed.

Secondly, as a matter of urgency, there needs to be an investigation into the activities of all members of the ‘Heavy Gang’. I have no doubt that other names beyond those mentioned in the series will be known.

Accountability for their actions is essential for confidence in policing, out of respect for those who suffered, and to establish a clear standard that wrongdoing will be investigated. This would also include superiors who either actively encouraged this, or knew and did nothing.

It does not matter when it happened, it simply matters. An amendment to legislation would be required for GSOC to investigate retired officers. But there is nothing stopping criminal investigations, and the unlawful detentions, assaults and harassment described are certainly that.

Thirdly, the State should officially admit that the ‘Heavy Gang’ existed, that the use of such force to extract confessions was not only institutionally accepted and encouraged, but that certain politicians were, at a minimum, aware of it and did nothing, and at worst, actively condoned or encouraged it.

A failure to do so is an act of hypocrisy from the State which has, since the 1970s, sought to call out the UK for the treatment of Irish suspects in police stations in the North.

Fourthly, we need to see that this is not a matter of history and that there are still serious issues in how persons in detention are treated. My colleague Professor Daly and I have conducted extensive research on this issue over the last seven years.

Our findings include the fact there is no legal right to have a lawyer in the interview. It is permitted, but it is not a right. There are serious problems with how lawyers are selected to attend stations, with gardaí having significant scope to influence that process and ensure the attendance of lawyers who will be sympathetic to their approach.

Consultations between clients and lawyers are required to take place in the sight of gardaí, contrary to rights to privacy. There is no clarity on the role of lawyers at the interview, leading to lawyers being threatened with eviction for everything from taking notes on a laptop to saying that their client will be exercising their right to silence.

Lastly, we have an entirely flawed system of interpreters at stations, meaning that those who do not speak English as a first language are deeply disadvantaged in expressing themselves clearly in an interview that can have lifelong consequences.

We have a thoroughly inadequate system of medical attention at garda stations, which affects so many detainees who may be injured, suffering from mental illness, or affected by addiction, all of which may undermine the capacity to engage in the interview process.

Where the State arrests us, because they believe we may be a suspect in an offence – and let’s not forget people can be arrested without gardaí charging them – they not only deserve, but they need, a range of protections and safeguards.

The State has a vast suite of resources it can bring to bear against you in that moment, and there needs to be some protections provided to people who are scared, who don’t understand the significance of what’s going on and where complex legal terms apply, and whose minds may be consumed by extraneous matters such as the consequences for their job.

Strategically, if interviews are not conducted in a way that ensures all of these safeguards are respected, then not only do we risk framing the wrong person and not prosecuting the right person, but we also risk the prosecution of the right person falling apart because rights were breached.

The time has long passed for the State to atone for the treatment of persons in Garda stations, and to ensure it cannot happen again.