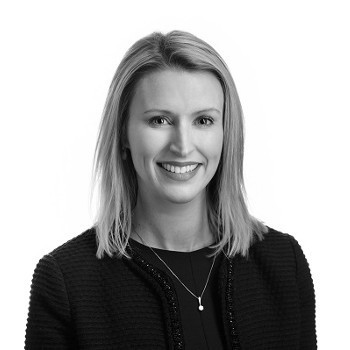 Are we there yet? The short answer is no. A cast of thousands has reviewed the decision of Nano Nagle School –v- Marie Daly, but we are no closer to resolution of this litigation.

Ms Daly is employed as an SNA since 1998 with Nano Nagle school. The School caters for children on the autistic spectrum. In 2010, Ms Daly was involved in a road traffic accident resulting in paralysis from the waist down. Following significant rehabilitation in 2010/2011, she sought to return to work in 2011. Ms Daly’s occupational therapist confirmed that she was fit to return to work on a phased basis.

Ultimately, Ms Daly was assessed by Ms Ina McGrath, an occupational therapist. Ms McGrath’s report stated that Ms Daly could carry out 9 of the 16 duties associated with the role of an SNA. (Ms McGrath’s evidence appears to have contradicted this in the Labour Court, and much turns on this point in the Supreme Court decision.) The report recommended that Ms Daly could carry out the role of “floating SNA” (a new role for the School). The report was never shared with Ms Daly, and her views were never sought on its recommendations.

Some efforts were made to consider the possibility of funding the “floating SNA” role. The School principal contacted the Department of Education and the NCSE to find out if such funding was available. The NCSE official said that funding was provided for students with disabilities, not adults. The Board of Management subsequently issued a letter to Ms Daly refusing her request to return to work.

Ms Daly alleged discrimination on the grounds of her disability and the failure of the School to comply with its statutory duty to reasonably accommodate her disability, and permit her to return to work.

Section 16 of the Employment Equality Acts

In summary, an employer has a duty to take appropriate measures to enable a person with a disability to access, participate and advance in employment, unless such measures impose a disproportionate burden on the employer.

Appropriate measures includes adapting the employer’s premises or equipment, changing work patterns, and/or the distribution of tasks related to the role.

To decide whether something is a disproportionate burden, consideration is given to cost, the size and scale of the employer, and the possibility of obtaining public funding and assistance.

It is now clear from the Supreme Court’s judgment that the test is “one of reasonableness and proportionality”. An employer must consider all measures that could be put in place to accommodate an employee, and if such measures could reasonably accommodate an employee, the only basis for not implementing those measures, is that it would place a disproportionate burden on the employer. By way of example, the Court held that to create a new job for the employee would be a disproportionate burden.

In assessing what is a disproportionate burden, the Court held that the requirement to consider the possibility of public funding is a mandatory obligation on the employer.

Separately, the Court looked at the requirement to consult with the employee, particularly in light of the fact that Ms Daly was never given a chance to comment on Ms McGrath’s report. While not directing mandatory consultation, the Court commented that a “wise employer will provide meaningful participation in vindication of his or her duty under the Act”.

In conclusion, the Supreme Court’s test for a prudent employer to utilise is as follows:

The Supreme Court has sent the case back to the Labour Court. The Labour Court is asked to consider the relevant evidence of Ms McGrath before reaching its decision. As mentioned above, Ms McGrath’s report noted that Ms Daly could perform 9 of the 16 duties associated with the role of SNA. However, in evidence, Ms Daly contradicted her report and said:

The Supreme Court accepted that the Labour Court had failed to consider this this “highly relevant un-contradicted expert testimony…and had not been reflected in the Labour Court findings of fact”.

Similarly, in making an award for compensation, the Supreme Court noted that there must be some connection between any award of compensation and the facts of the case.

What is the Labour Court likely to do?

It is difficult to anticipate how the Labour Court will determine the impact of the process undertaken with the NCSE, but more importantly how it will evaluate Ms McGrath’s evidence to the effect that Ms Daly cannot be accommodated in an SNA role in the School. One wonders if the Labour Court will ever have an opportunity to consider the legal consequences.

On balance, if it is accepted that Ms McGrath’s oral testimony confirmed that Ms Daly could never be accommodated in the role so as to permit her to do the job, one can never reach the stage of applying the disproportionate burden test and one wonders how the case will proceed at all. This evidence was uncontested.

It remains to be seen how this never ending story will conclude. Only time will tell.