Blog: Is Stephen Fry at risk of being prosecuted for blasphemy?

Gardaí have launched an investigation after a member of the public claimed comments made by writer and comedian Stephen Fry on the RTÉ show, The Meaning of Life, hosted by Gay Byrne in February 2015 were blasphemous.

The complaint relates to comments made by Mr Fry when he was questioned as to what he might say to God at the pearly gates. Mr Fry replied: “How dare you create a world in which there is such misery? It’s not our fault? It’s not right. It’s utterly, utterly evil. Why should I respect a capricious, mean-minded, stupid god who creates a world which is so full of injustice and pain?”

Under the Defamation Act 2009 a person who publishes or utters blasphemous material “shall be guilty of an offence”. They are be liable upon conviction on indictment to a fine not exceeding €25,000.

Historically, the offence of blasphemy is enshrined in Article 40.6.1.i. of the 1937 Constitution. The Defamation Act 1961 also made it a statutory crime, although it did not define what blasphemy was.

The Law Reform Commission’s 1991 Report opined that “there is no place for the offence of blasphemous libel in a society which respects freedom of speech.” However, since banning blasphemy is mandated by the Constitution, abolishing the offence would require a referendum. A referendum solely for that purpose “would rightly be seen as a time wasting and expensive exercise”.

The Defamation Act 2009 implemented many of the recommendations of the Commission’s 1991 report. However when the 1961 Defamation Act was replaced by the 2009 Defamation Act, the Government at the time took the view that the Irish Constitution requires that the offence of blasphemy be defined in the 2009 Act.

It is arguable that the Governments hands were tied and in circumstances where the offence of blasphemy was enshrined in the Irish Constitution, Minister for Justice Dermot Aherne had to include some provision for blasphemy in the 2009 Act.

In 1991 the law reform commissioner said that there is no need for the crime to exist but on the other hand the constitutional provision has no impact whatsoever in practice so therefore it is a symbolic effect only and it would be a waste of money to hold a referendum exclusively on the basis of the blasphemy issue. Therefore if we to seek to remove the offence of blasphemy from the Constitution, it should be tagged on to another constitutional issue which is going to the public.

Atheist Ireland has succeeded in getting the Irish government to commit to holding a referendum to end our Blasphemy law, but successive governments have reneged on that commitment.

Referring back to Stephen Fry, in reality, there is no prospect that Stephen Fry is actually going to be prosecuted. Pursuant to Section 36 (2) of the Defamation Act 2009, the offence of blasphemy requires the following elements: -

Stephen Fry was merely responding to a question by the interviewer and in particular Mr Fry calls into scrutiny a god that would ‘create a world with such misery that is not our fault’.

Further, the 2009 Act creates a Defence in circumstances where a reasonable person would find genuine literary, artistic, political, scientific, or academic value in the matter to which the offence relates.

It is clear that Mr Fry’s comments did have merit in circumstances where he was contributing to a discussion.

Whilst the Defamation Act 2009 does give effect to the Irish Constitution, it also renders the offence largely unenforceable.

The question that does remain however is whether there is any place for an outmoded law, particularly in an increasingly secular Ireland. In addition, the Irish blasphemy law is dangerous at an international level. Whilst there is no risk that Stephen Fry will be prosecuted for blasphemy, it has made news headlines across the globe. The damage caused by these internationals headlines to the reputation of Ireland as a progressive society which respects freedom of speech is of concern. Further, the prospect of hard-line extremist religious groups citing Ireland as a ‘Western’ example to promote punishment, beatings and execution for blasphemy and apostasy is all the more worrying. 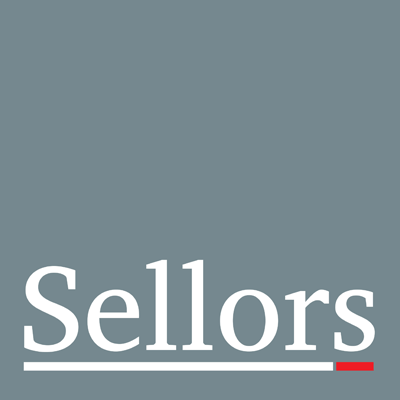