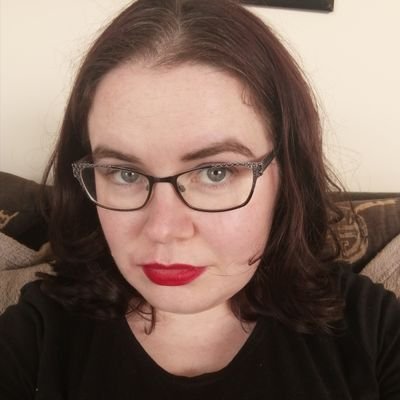 On Friday 17th September, the Court of Appeal for England and Wales handed down its decision in the appeal of Bell v Tavistock and Portman NHS Trust. This judgment overturned December’s original Divisional Court decision in Bell v Tavistock (covered on Irish Legal News here).

The Bell decisions concern the Tavistock Gender Identity Development Service’s referrals for the prescription of puberty-blocking drugs to trans young people under the age of 16.

Puberty blockers, as the name implies, are short-term medications which are given to young people to halt the development of pubertal indicators. They are used in trans children diagnosed with gender dysphoria, and cisgender (non-trans) children experiencing precocious puberty.

Puberty blockers have become socially controversial in recent times, but the medical evidence is that they are safe and reversible – once they are no longer taken, the body will resume normal pubertal development.

In the December judgment, referred to here as Bell 1, the Divisional Court held that it was “highly unlikely that a child aged 13 or under would ever be Gillick competent to give consent to being treated with [puberty blockers]. In respect of children aged 14 or 15 we are also very doubtful that a child of this age could understand the long-term risks and consequences of treatment in such a way as to have sufficient understanding to give consent.” (145)

The overriding legal principle in these cases is that of Gillick competence, arising from the case of Gillick v West Norfolk and Wisbech Area Health Authority (1986). Gillick concerned a 16-year-old girl who wished to access contraception contrary to her mother’s wishes. The Court in this case held that a minor aged 16 or under may consent to medical treatment in their own capacity as long as “she had sufficient maturity and intelligence to understand that nature and implications of the proposed treatment” (Bell 1, 105).

The Bell 1 decision modified Gillick competence, but only with respect to the issuance of puberty-blocking medications and only where they are required by trans children. Through the declaration and guidance issued in the judgment, it set a near-impossibly high standard for competence to consent, including a requirement to understand the effects of cross-sex hormones – a treatment which is only prescribed to adults.

Of particular importance is the Court of Appeal’s finding that Gillick competence applies to puberty blockers in the same way that it would to any other medical decision. The Court even indicates that this applies whether or not the treatment in question is socially controversial, stating:

“The ratio decidendi of Gillick was that it was for doctors and not judges to decide on the capacity of a person under 16 to consent to medical treatment. Nothing about the nature or implications of the treatment with puberty blockers allows for a real distinction to be made between the consideration of contraception in Gillick and of puberty blockers in this case bearing in mind that, when Gillick was decided 35 years ago, the issues it raised in respect of contraception for the under 16s were highly controversial in a way that is now hard to imagine. A similar conclusion was reached by Silber J in connection with abortion in R (Axon) v. Secretary of State for Health [2006] QB 539 at para [86].” (76)

The Court of Appeal went on to reaffirm the key role of clinicians in making decision about the capacity of their patients rather than delegating that role to the courts:

“Clinicians will inevitably take great care before recommending treatment to a child and be astute to ensure that the consent obtained from both child and parents is properly informed by the advantages and disadvantages of the proposed course of treatment and in the light of evolving research and understanding of the implications and long-term consequences of such treatment.” (92)

This decision is not the outcome desired by Keira Quincy Bell, the original complainant in the cases. She contended that she had not had the capacity to consent to transition-related medical interventions as a teenager – although it is important to note that Bell only underwent irreversible surgical interventions as an adult, because such procedures are not authorised for the age cohort addressed by the Divisional Court in Bell 1. Her complaint about the Tavistock’s practices could therefore be said to be almost entirely notional. Indeed, the Divisional Court found, and the Court of Appeal upheld, the lawful nature of the Tavistock’s referrals for puberty blockers.

The medical landscape for young trans people in the UK has been bleak since Bell 1, which had a real and lasting chilling effect on referrals for puberty blockers. With the appeal in hand, it is hoped that NHS England will now turn its attention once again to the guidelines for referrals and update them in line with the Court of Appeal’s ruling. However, for children who have had to wait and experience distress and dysphoria for nine months, it is little consolation.

Bell and her legal team have announced an intention to appeal the decision to the UK Supreme Court, citing a belief that Gillick is “no longer fit for purpose”. It is difficult, however, to see a basis for an appeal in the Court of Appeal’s decision. This may therefore be the last we hear of Bell v Tavistock in the courts, but the influence of its arguments around other medical treatments for young people – such as vaccines or abortion – may have a more lasting effect on the discourse. Gillick has been assailed, but in this case, it has survived unmodified.