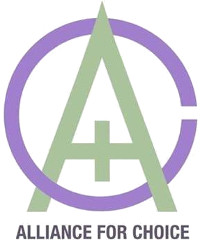 A group campaigning for the extension of the Abortion Act 1967 to Northern Ireland has condemned the prosecution of a 21-year-old woman for procuring an abortion.

The woman, from Co Down, appeared in Belfast Magistrates’ Court yesterday charged with two offences under the Offences Against the Person Act 1861.

Kellie O’Dowd, chairperson of Alliance for Choice, said: “Our current legislation and lack of guidelines leaves thousands of women in Northern Ireland with no other option but to buy pills from the Internet.

“We firmly believe that this woman should have been able to access safe and legal abortion and be cared for by medical practitioners here in Northern Ireland.

“We previously published a letter with over 200 signatories admitting to procuring or self-administering the early medical abortion pill, so why has this woman been singled out for prosecution?”

The Co Down woman is accused of using the drugs Mifepristone and Misoprostol in order to procure a miscarriage.

Under the 1861 Act, it is an offence for a pregnant woman to “unlawfully administer to herself any poison or other noxious thing” to procure a miscarriage.

Emma Campbell, vice chairperson of the organisation, added: “In 2016, it is shameful that the 1861 Offences Against the Person Act still makes criminals out of women accessing abortion in Northern Ireland.

“Sierra Leone only last week repealed the 1861 Act to make way for a Safe Abortion Act - this again highlights that it is time for our MLAs to trust women.”