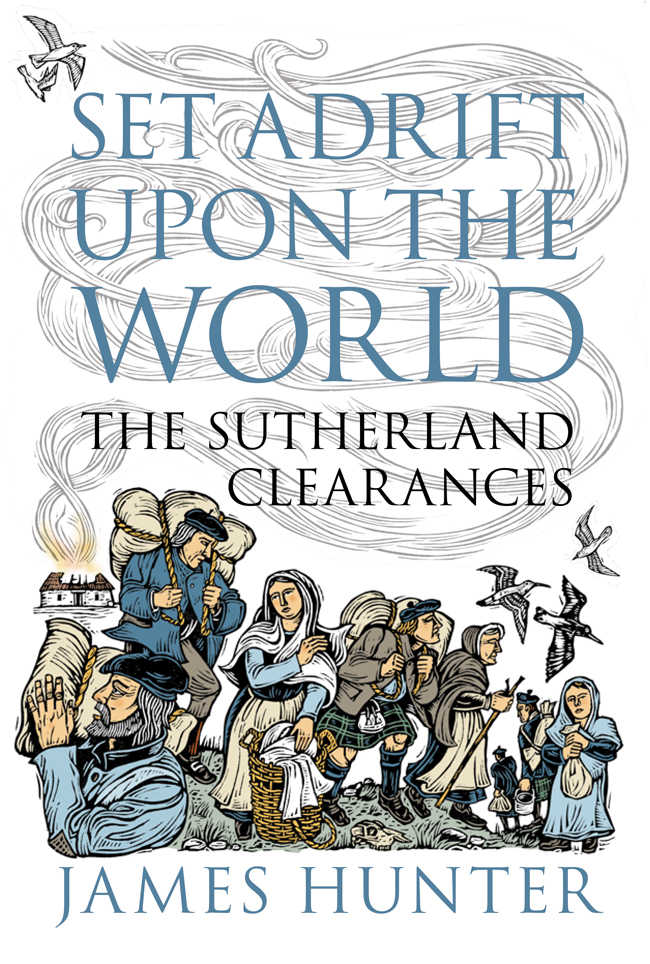 Scottish lawyer Brian Inkster of Inksters Solicitors enjoys a fascinating account of the Highland Clearances but is angered at the parallels with the conduct of the Crofting Commission of today.

Along the way you are introduced to characters from the early 1800s that have a familiarity about them as their names remain in use today throughout the Highlands & Islands of Scotland. Heart wrenching accounts are given of the barbarity of evictions that left people homeless and often resulted in the death of the young or infirm shortly on the back thereof. Journeys by foot across frozen Canada conjure up images like those from the Oscar winning film The Revenant. On a lighter note, the intricacies of malt whisky making are explained and we learn what Alison Watt’s favourite painting is in the collection of the National Galleries of Scotland.

The clearances were at the behest of the Marquis and Marchioness of Stafford (later to become the Duke and Duchess of Sutherland) to make way for large scale sheep farming. Those removed from the land would have the option of much smaller crofts on the fringes of the Sutherland Estate that would be unsustainable on their own without other income streams. Much indeed as crofting has become today. Many of those evicted instead moved to Caithness or further afield to Canada for the prospect of larger holdings on which to make a living.

The henchmen in the tale are James Loch, Commissioner to the Marquis of Stafford, and Patrick Sellar, Factor of the Sutherland Estate. The chapter on the trial of Patrick Sellar in the High Court on culpable homicide charges is an infuriating read for anyone concerned with the rule of law. Indeed that is a theme throughout the book where wealth and status invariably lead to injustice for others.

The book often feels more like a fictional novel rather than a factual historical account. That is the beauty of James Hunter’s approach to history and one he himself refers to as storytelling. This makes it a real page turner with you eager to know what happens next even though you know what the ending must be.

It was impossible for me to read this book without unfortunately seeing parallels to ‘The Common Clearances’ of today. That is, the removal from office of Common Grazings Committees by the Crofting Commission. A body whose remit is supposedly to regulate not decimate crofting. This is currently happening with unusual regularity, in haste and on what appears to be completely unreasonable and unnecessary grounds.

The Crofting Commission are today’s Marquis and Marchioness of Inverness and their henchmen are easily identifiable. Kangaroo courts, ignorance of the law, conflicts of interest, self-interest, corruption, nepotism, historical revisionism, intimidation and bullying have all been referred to as tactics used by the Crofting Commission as part of ‘The Common Clearances’.

As James Hunter points out, Beriah Botfield, a Tory MP, commented in 1830, that no “pursuit of prospective advantage” made it legitimate “to transgress the laws of humanity”.