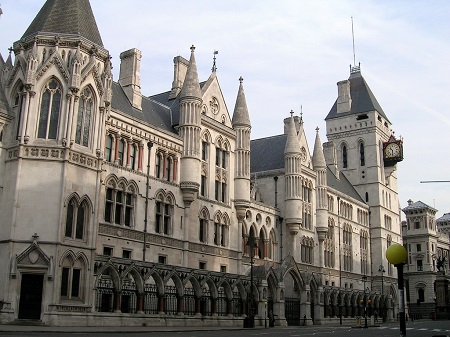 A key power in the UK’s Terrorism Act 2000 is incompatible with article 10 of the European Convention on Human Rights if used “in respect of journalistic information or material”, judges in the Court of Appeal in London ruled today.

The court was considering whether the detention of David Miranda, partner of former Guardian journalist Glenn Greenwald, at Heathrow Airport in 2013 was lawful.

Mr Miranda was carrying material from NSA whistleblower Edward Snowden at the time.

Judges found that the detention was lawful, but disagreed with a lower court over part of the terror legislation’s compatibility with human rights law.

Schedule 7 concerns powers to stop, question and detain a person for the purposes of determining whether they are a terrorist.

In the judgment, master of the rolls Lord Dyson, head of the civil judiciary in England and Wales, wrote: “I would declare that the stop power conferred by para 2(1) of Schedule 7 is incompatible with article 10 of the Convention in relation to journalistic material in that it is not subject to adequate safeguards against its arbitrary exercise and I would, therefore, allow the appeal in relation to that issue.

“It will be for Parliament to provide such protection. The most obvious safeguard would be some form of judicial or other independent and impartial scrutiny conducted in such a way as to protect the confidentiality in the material.”

Solicitor Kate Goold, representing Mr Miranda, said: “The notion of a journalist becoming an accidental terrorist has been wholeheartedly rejected.

“We welcome this court’s principled and decisive ruling that schedule needs to come in line with other legislation to ensure that the seizure of journalistic material is protected by judicial safeguards.”