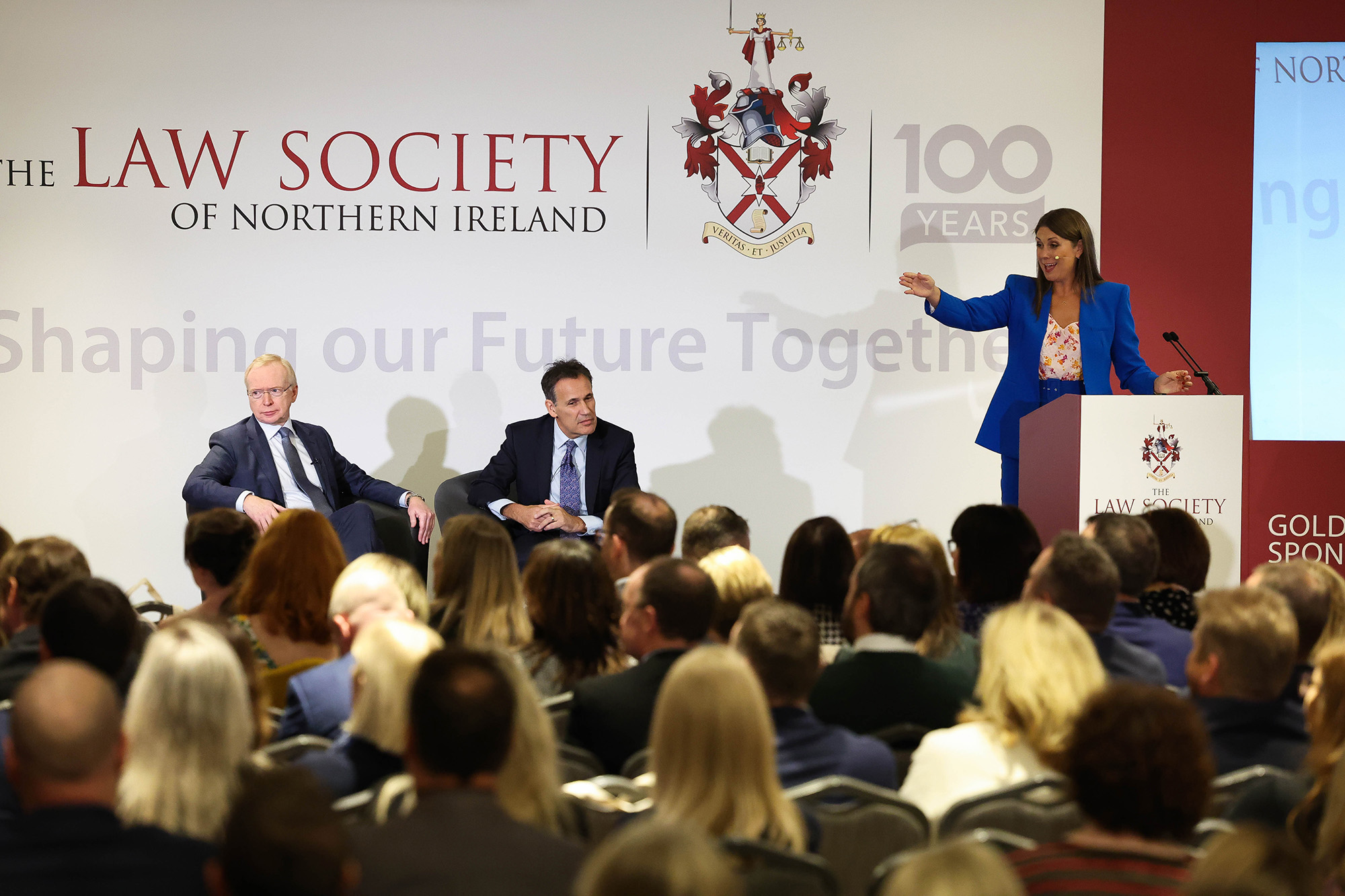 Lawyer and technologist Professor Richard Susskind OBE put the cat among the pigeons at the Law Society of Northern Ireland’s centenary conference when he suggested that solicitors may one day be rendered obsolete by technological advances.

His keynote speech on Friday morning came after the Law Society’s chief executive, David A. Lavery CB, highlighted the coming 50-year anniversary of the Solicitors (Northern Ireland) Order 1976 and outlined his work to prepare the Society for “the challenges and opportunities of the next 50 years”.

“Doing what we’ve always done in the past — in other words, continuing to do things the way we did them in 1976 — is unlikely to be good enough for the future,” Mr Lavery had told the sold-out conference.

“The Society has been entitled to spend this, our centenary year, looking back at our past. But as this centenary comes to a close, our intention must now turn to the future.”

Professor Susskind’s subsequent words were much more provocative, hinting that the advent of new technology and the changing expectations of clients could eventually lead to a justice system all but unrecognisable to practitioners today.

The right question, in the professor’s view, is: “How, in the future, will we solve the problems to which lawyers are our current best answer?”

Professor Susskind, whose book on online courts was reviewed in Irish Legal News in 2019, said: “Clients don’t want lawyers, they want the outcomes you bring. They’re not committed to the processes, the methods, the techniques that characterise our work as lawyers. They want outcomes.”

But not everyone in the audience agreed, as became clear from the outset of the Q&A with Professor Susskind and Mr Lavery. One solicitor, the head of a well-known Belfast practice, rejected outright the contention that clients don’t want lawyers as a “massive assumption that is not borne out”.

“The reality is, what a client wants is not to talk to a computer or a machine,” the solicitor said, going on to highlight the value of “empathy and the human connection when talking about difficult situations like divorces, child contact, injuries, everything else”.

The exchange threatened to derail the Q&A but for the skilled intervention of journalist Sarah Travers, chairing the session, who brought it back on track — but the contrasting points of view undoubtedly left an impression on the conference delegates.

Mr Lavery, for his part, highlighted some of the more immediate changes that new technology could bring.

“Before we get into the stratosphere of AI, a machine can already read documents faster than we can,” he pointed out. “There’s no chance clients will want to receive a bill with so much per hour for perusing a document, so we’ll have to start charging by the value of what we provide… rather than the time that we spend.”

As well as emergent technologies, the centenary conference tackled issues including climate justice, diversity and equality in the legal profession, and media law. Many solicitors said they were impressed with the sessions’ broad strategic focus. Only time will tell how well the profession meets the coming challenges in practice.