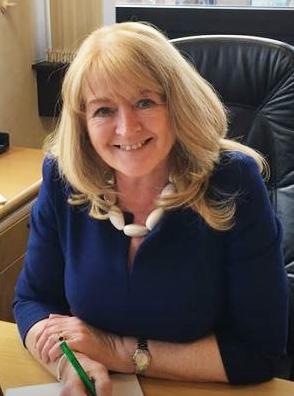 The Equality Commission for Northern Ireland has called for urgent clarity on what funding it will receive from the UK government after EU funding is withdrawn next year.

The equality watchdog has published a new research report exploring the impact of the loss of EU funding on equality groups in Northern Ireland and making a series of associated policy recommendations for the government.

Chief commissioner Geraldine McGahey said: “EU funding has been significant in the promotion of equality of opportunity and good relations over many decades in Northern Ireland.

“It has provided vital support to many organisations working to combat poverty, promote social inclusion, support equality and address the needs of disadvantaged and vulnerable people.

“Many people, including those with disabilities, members of ethnic minority communities, young people and women have benefited greatly from this funding.”

She added: “Since the government’s Shared Prosperity Fund was launched at the end of April this year, there has been a lack of detail about the administration and delivery of the fund in Northern Ireland.

“The Commission is asking Government urgently to provide greater clarity on how the Shared Prosperity Fund will continue to support the promotion of equality of opportunity and good relations in Northern Ireland.”

The Commission has called for no reduction in funding previously made available under EU-funded programmes. It also recommends that continuation funding and bridging arrangements should be provided until the Shared Prosperity Funding is operational, to avoid a financial ‘cliff-edge’ for affected organisations.

Any funding processes should be simple and have transparent and objective criteria, fair processes and the ability to monitor equality outcomes, it argues.

The Commission has also recommended that the Shared Prosperity Fund be delivered through Northern Ireland government departments rather than through central UK structures.

The Northern Ireland Executive and departments should clarify how the needs of people from different equality groups, who have been supported through EU funding, will be supported by the Executive in the future and how they will address any potential shortfall in funding, the Commission added.

Ms McGahey said: “In commissioning this report and making these recommendations, we have listened to the views of people working across civil society, the community and voluntary sector and the public sector. The message from them is very clear – they are extremely worried that the lack of clarity around future funding will put vital grassroots projects at risk.

“Northern Ireland faces many unique challenges, including those related to our past, which cannot be overcome without continued investment. Any break or loss of funding will have a devastating effect on many groups who work tirelessly to deliver services in local communities across Northern Ireland.

“The UK government, the Northern Ireland Executive and its departments need to work together to help offset the impact of any future loss of funding and ensure that there is no gap between the end of European Union funding and the start of its replacement.”