UK: Lord Chancellor says rule of law being misused to ‘weaponise the courts’ against politics 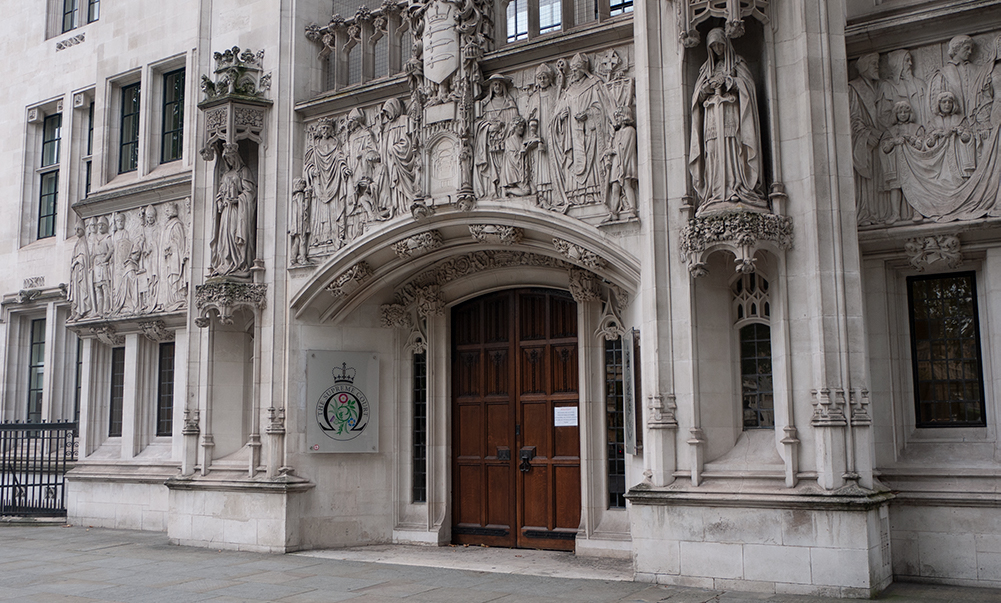 Bad faith actors are making crypto-political arguments in the legal arena, the Lord Chancellor has suggested.

In a speech delivered at a conference on constitutional reform at University College London, Robert Buckland QC MP suggested the concept of the ‘rule of law’ was being abused for political ends and said that it should be remembered the “executive and judiciary are servants of Parliament”.

“I believe it is incumbent upon me to ensure that the rule of law itself cannot be misused to, in effect, weaponise the courts against political decision-making,” he said.

His speech revolved around the distribution and balance of power between the different branches of the state. He characterised the UK government’s agenda as one of restoring the model of the political constitution that was the orthodoxy for much of the last century.

Having become invested with more and more meaning over time, the rule of law, he said, has been “the victim of conceptual creep”, leaving it open to being hijacked by “politically motivated interests”. The result has been a “false dichotomy between the rule of law and parliamentary supremacy itself”.

The rule of law is not a legal idea, but one of political morality, he added. Even so, it is a political rule “which is above and must always be above party politics – a commitment to the rule of law is something which we all share”. 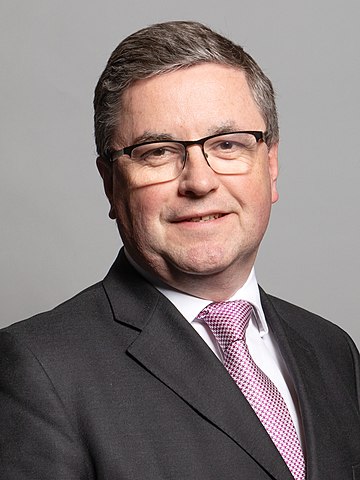 Mr Buckland said: “This makes it an extremely powerful concept and a failure to abide by it gives rise to criticisms which are not grounded in mere party politics.”

He suggested the concept has long been abused for political ends; that “both the left and the right have tried to read controversial political values into it”.

The rhetorical trick, in other words, is to conflate an opponent’s very politics with illegality.

The Lord Chancellor explained: “This sort of argument suggests that the party-political view of one group are themselves incompatible with the basic principles of our legal system, therefore characterising them as illegitimate without the need to engage with them on their merits.”

He added: “Now, doesn’t this amount to moving the goalposts such that, no matter the will of the people and no matter the will of Parliament, a political result that is deemed undesirable by one side or the other can be deemed illegitimate in the name of the rule of law, no matter how loosely connected to that concept it really is?”

In the context of judicial decision-making, he implied some judges unnecessarily turn to meta-rules, saying that if the courts read too much into the rule of law they could defy the will of Parliament.

Citing the cases of Privacy International and Evans, he said: “In both cases … the majority to [required] the clearest words (which were not present) to give the effect intended by the government. By contrast, the minority applied a more natural interpretation to those provisions.”

He added: “But these cases were not instances of everyone agreeing on the applicable concept, realising that its application was borderline, and then coming out on different sides of the line. Rather there was a substantive disagreement about what the relevant principles were. That disagreement was obscured by the use of the term ‘rule of law’.”

He went on to say: “I want to restore what was at one time the very conventional thinking that Parliament makes laws that give power to the executive and are checked by the judiciary.”

He concluded: “My aim is quite simple: to protect the courts from this unsatisfactory state of affairs and to prevent them from being dragged into politics by another name.” 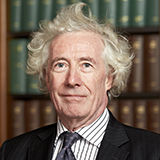 Speaking to Scottish Legal News, former Supreme Court justice Lord Sumption, who was in the minority in Privacy International, welcomed the speech and said the phrase “rule of law” is too often used to exclude the possibility of any political answer to a problem.

He said: “The rule of law means: 1) that the government has no power to coerce us without specific statutory authority, 2) that people must have the minimum of legal rights necessary to protect them against arbitrary violence and to stop civil society descending into the rule of the strongest, and 3) that there must be access to independent courts to enforce these two principles.

“The phrase is too often deployed to suggest that there must be a legal and judicial (as opposed to a political) answer to every dilemma in public affairs.

“This error is at the heart of the problem. The corollary of point 3) is that the courts must apply the law, and not what they fancy the law might be in an ideal world. In other words, it binds judges as well as politicians.

“Decisions which evade parliamentary legislation are a serious assault on the rule of law by the very people who should be upholding it. I made this point in my dissenting judgment in Privacy International.”

He also said Mr Buckland’s speech, in which he mentioned a legislative solution, was the “first detailed account from a government minister about what their rather loose manifesto commitment to stop the courts engaging in ‘politics by other means’ might actually involve”.

He pointed out that different cases have involved contests between different branches of the state: “It is necessary to distinguish between cases like the two Gina Miller decisions, which in reality sought to defend Parliament from being sidelined by the government, and cases like Evans and Privacy International, which involved an attempt by the courts to evade the plain meaning of parliamentary legislation because they didn’t like it.”

Lord Sumption said the UK government has, until now, been “obsessed with the Gina Miller decisions” and welcomed the change of focus to the courts’ relationship with Parliament.

“Buckland’s speech marks an important shift towards the real constitutional issue, which is about decisions in which the courts impose what are essentially policies of their own on the policy of Parliament,” he said.

The former judge said it was reassuring that Mr Buckland had identified that the north star of judicial review is to measure decisions against the policy of Parliament.

“Buckland overtly declares that the proper function of judicial review is to uphold the centrality of parliamentary policy in our constitution. He is absolutely right about that. It is reassuring to find a government minister finally identifying the real issue instead of simply reiterating old resentments borne of the now irrelevant disputes over Brexit before December 2019.”

He was sceptical, however, that legislation could solve the problem.

“What is missing from the speech is some idea of how to deal with the problem. He says that legislation will be introduced. But what will legislation do? There is no legal rule whose alteration would solve the problem.”

He said it was instead a question of “judicial instincts and attitudes” and that these are “difficult things to legislate for”.

He added: “We shall have to wait and see what they plan to do about that.”