interviews
lawyer of the month
itgc

Lawyer of the Month: Sarah Irwin

interviews
lawyer of the month
itgc 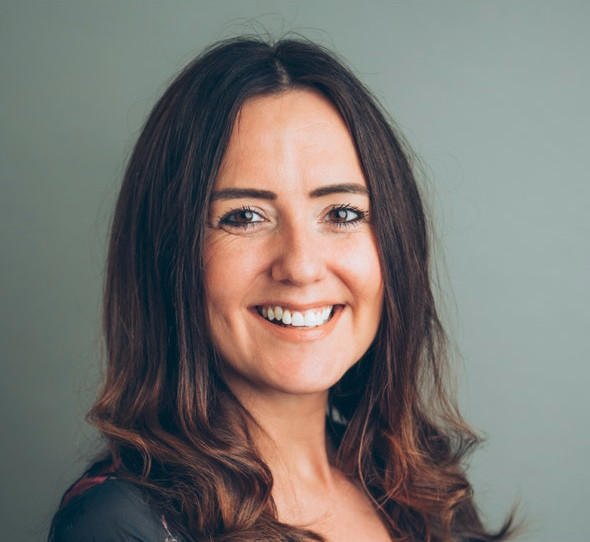 A business leader first and foremost is how Sarah Irwin, head of legal and company secretary at Tines, a fast-growing Irish tech start-up, describes herself – rather than a traditional in-house lawyer.

And Ms Irwin, who has packed a lot of variety into her career, is now bringing like-minded people together in Ireland to form the Irish Tech General Counsel (ITGC). This is a new network for in-house legal professionals at tech start-ups and scale-ups that held its official launch party in Dublin this month.

“Since I set up the ITGC network I’ve met so many like-minded people, not just in Ireland, but also in the US and Australia,” explains Ms Irwin. “It’s part of this new era where in-house practitioners like me consider themselves as business leaders and enablers first and foremost. There’s a new mindset of people who see themselves like a mini in-house law firm and all of their colleagues are their customers. When a colleague comes to me with a query, and it could be anything, I think how can I serve you and add value to your day. I’m very end-user focused and the people I’ve met in the last few months since I set up my network are the same. We know it’s a waste of time being blinkered.”

Ms Irwin’s experience in the UK, Ireland and internationally has shaped how she views her role as she hasn’t followed a traditional role into the legal profession.

She was born in Ireland and grew up in England and kept an open-mind about what she wanted to do when it came to work, rather than deciding from the outset that law was definitely for her. Her first degree was European Studies with French and Italian at the University of Portsmouth. She did an Erasmus year at the University of Strasbourg, which she says was “absolutely wonderful… one of the best years of my life”. Returning from Strasbourg for her final year in Portsmouth she studied what was EC law at the time and enjoyed the discipline of it.

“I liked the framework of rules and the more I looked into a career in law the more I was drawn to it”, says Ms Irwin. “I moved to London and did a law conversion course at the College of Law. That, combined with the Bar vocational course, gave me my second degree. I realised while studying the law conversion course that I really liked advocacy. I liked talking in public and I was drawn to the more commercial elements of law rather than criminal or family.”

She was called to the English Bar in 2009 and practised in London and the Home Counties for five years. She was involved in such areas as commercial disputes, bankruptcies and other debt-related work during a time of economic downturn and said she developed a “really thick skin”.

After five years, Ms Irwin decided it was time for a change. She left London for Ireland in 2014 and moved away from the Bar. In Dublin, she has worked with Matheson, William Fry, Philip Lee and Maples Group and cross-qualified as a solicitor. At Maples, as a corporate lawyer she enjoyed working with technology clients and was attracted to that sector.

She explains: “I was really drawn to the technology sector and everything happening in Ireland at the time. Dublin has an incredibly vibrant landscape here for anyone who wants to start a technology company. As a result, there’s a lot of talent and expertise. I realised towards the end of my time in private practice that I absolutely loved acting for scaling start-ups. I loved advising them on things they had probably never experienced before, such as seed funding rounds, Series A and B and so on.”

She left Maples to do some work with a small private equity firm based in the US where she got a flavour of working in-house as its solo general counsel. When she saw the job advertised with Tines she thought it was perfect for her and jumped at the opportunity. She had a first meeting with co-founder and joint chief executive officer of Tines, Eoin Hinchey, and says they hit it off.

“He was really excited about my generalist, non-linear career and all the experience I would be able to bring to this role,” she adds. “Private practice tends to be very rigid and my London experience wasn’t valued. I knew there would be a job out there where I could bring all my experience and add value and now here I am at Tines doing that.”

Tines, the cybersecurity automation start-up established in 2018 by Mr Hinchey and Thomas Kinsella, is one of Ireland’s tech success stories. Last April it was valued at $300 million after raising $26 million.

Just as Tines helps companies automate their security, Ms Irwin is automating and outsourcing a lot of her processes, as well as hiring a new member for her legal team.

She says: “I’m a modern in-house lawyer and pro legal tech. Working at an automation start-up has really made me see the benefits of automating repetitive work. I’m excited about leveraging legal tech, like Ironclad, and deploying that in the business to save everyone’s time and improve efficiencies and processes in our deal cycle.”

When she started at Tines she felt there was nowhere she could go to bounce ideas off in other companies and she felt a bit isolated. Despite Ireland having tech companies full of talented people and having half-a-dozen unicorns – private firms valued at more than €1 billion – she felt it lacked a supportive peer forum for in-house lawyers in the sector.

“I position myself as a business enabler from a legal background, and I thought it can’t just be me feeling this way. There must be other people out there who want the same thing and are craving the same type of organisation,” she says.

She contacted other heads of legal at tech companies, including Máire Neary at Flipdish and Ciara Condon at Fenergo, and ITGC has grown from there.

Ms Irwin explains: “I thought the three of us would go for drinks every few months. But as soon as I announced the network on LinkedIn, I was contacted by so many people. It wasn’t just heads of legal but in-house lawyers at all levels in tech companies. I threw it open to them – the more knowledge the better.”

She is also looking to engage law students and trainees through ITGC to help ‘normalise’ in-house careers, rather than graduates defaulting to joining private practice. “General counsel is a revered career in the US,” says Ms Irwin. “But in Ireland, and it was similar in England, there’s a bit of an attitude that it’s for you if you couldn’t hack it in private practice. There’s a job to do in changing the narrative around that. Also. lawyers can be unfairly demonised because of stereotyping. I’ve met so many wonderful in-house lawyers and we need to raise our profiles.”

To help achieve such aims, Ms Irwin plans to start her own podcast series this summer. This will include interviewing other in-house lawyers to find out about their unique career paths. She hopes this will ultimately benefit in-house practitioners at Irish tech companies and help them do their job better.

Looking at her career to date, Ms Irwin is proud to have had the guts to take the plunge to try different things and pivot to other areas, such as from the Bar in England to being a solicitor in Ireland and then to her current in-house tech role.

“I’ve gone from strength to strength,” she says. “The pinnacle is now by job at Tines and working with amazing co-founders and colleagues who have a really inclusive, progressive mindset. It has really opened my mind up to a very entrepreneurial way of doing things. It’s about seeing a gap in the market and cornering it. That’s is what I’ve done with this new ITGC network, and it has been a really empowering experience.”

Ms Irwin has no more ‘pivots’ planned for now. She’s busy working with Tines as it expands into new geographical markets as well as building its stronghold in the US. She’ll also continue developing ITGC, with webinars, ‘lunch and learns’ and a conference scheduled for this autumn.

“The beauty of working with a start-up is that you’re constantly pivoting into something new,” concludes Ms Irwin.