The High Court has refused an ex parte application to admit a will to probate on the grounds that there were two obliterations on its face.

Maureen McEnroe died on 8 May 2017, aged 87 years. She was admitted to hospital at the start of 2014, and it became clear that she would not be returning to live at her home in Templeogue.

Her sister, Sister Kathleen McEnroe, asked her niece, Helen Hunter, to recover Ms McEnroe’s important papers from her home. Mrs Hunter was directed to a hidey-hole under the floorboards where she found a biscuit tin containing papers, including a will dated 11 May 2005. Mrs Hunter kept the document until July 2014 when she brought it to the offices of Joe Clancy Solicitors who were then in the process of registering an enduring power of attorney for Ms McEnroe.

The purported will was written on two sides of one sheet of paper. It contained two obliterations and one interlineation which had not been executed and witnessed.

Ms McEnroe left the residue of her estate to her sister Evelyn O’Neill (the applicant) and her four daughters, stating: “This to thanks for all the meals cooked and all the house cleaning which they did for me. Pray hard for me now.” After the document was written the deceased added, between the words “to” and “thanks” a caret and the word “say”. It was impossible to ascertain whether the interlineation was made before or after the execution of the will.

Mr Justice Senan Allen noted that this presumption could simply be overcome by admitting the will to probate without the interlineation, but noted that the “obliterations are much more difficult”.

The first obliteration was of the executor’s name. While wholly obliterated to the naked eye, Mrs O’Neill believed the executor was likely to have been a valued colleague of the deceased. He died suddenly in 2006. She surmised that following his death, Ms McEnroe obliterated his name, and marked her initials.

Mrs O’Neill thought that she could discern in the obliterated area the substitution of another name, but the court said that this seemed to be her view on her sister’s likely intention rather than anything that could be discerned from the document.

A second obliteration occurred in respect of a deletion of a bequest in the main body of the will.

The ex parte application first came before the court in December 2019. Mrs O’Neill sought an order admitting the will to probate in its current form and condition and sought liberty to apply for a grant of letters of administration with will annexed. The court questioned whether the application could properly be dealt with ex parte. The judge asked whether what had been obliterated to the naked eye might be revealed by a forensic examination.

It seemed to the judge that because of the obliterations, the document produced was not Ms McEnroe’s will, “rather that the will which she had executed had later been altered.”

Mrs O’Neill’s solicitors referred it the will to Dave Madden, a forensic document examiner, who utilised infrared reflection and infrared luminescence in an attempt to differentiate between possible different inks. He was unable to determine whether the alterations were made before or after execution or to identify the obliterated writing.

In January 2020 the court heard argument in light of Mr Madden’s findings. The court was variously asked to admit the will to proof in its unaltered form, “of which there was no evidence”, and to admit it to proof in the plight and condition in which it was found by Mrs Hunter. The latter, the judge reckoned, would have been to give effect to alterations which had been made to the will otherwise than in accordance with the Succession Act 1965 s.86

In June 2020 Vinóg Faughnan SC appeared with Anne Marie Maher BL for Mrs O’Neill. The judge said that while the will executed in May 2005 was a valid will, the court took the view “that the document now produced is not the document executed by the deceased because it has been obliterated in two places.”

He cited In the Goods of Benn [1938] IR 313, In the Goods of Rudd [1945] IR 180 and In the Goods of Morrell (1935) 69 ILTR 79. Rudd and Morrell were cases concerned with legible alterations. Benn was a case in which obliterations had been made which were indecipherable and a grant issued which was blank in respect of them. Critically, they were all decided under the Wills Act 1837 s.21.

That Act was entirely repealed, and will alternations are now dealt with by the Succession Act 1965 s.86, which provides “An obliteration, interlineation, or other alteration made in a will after execution shall not be valid or have any effect, unless such alteration is executed as is required for the execution of the will…”

Mr Faughnan, while drawing attention to Cheese v Lovejoy (1877) 2 P.D. 251 which decided that merely to strike through words in a will does not amount to revocation since there is no burning, tearing or destruction, submitted that the obliterations amounted to “destruction” so as to revoke those words which were obliterated. He acknowledged that there is no Irish authority for that proposition but relied on In re Adams, deceased [1990] Ch. 601. In that case, the English High Court found obliteration with a ball point pen animo revocandi of the signatures of the testatrix and the attesting witnesses amounted to destruction within the meaning of the Wills Act 1837.

The judge was reinforced in the view that the court first took of the application, “which is that it is not one which I should adjudicate upon without notice to those whose rights may be affected by the orders which are sought.”

“The argument advanced on behalf of the applicant is acknowledged to be novel and the English authority on which it is based is in turn based on legislative provisions which are not the same as ours.” 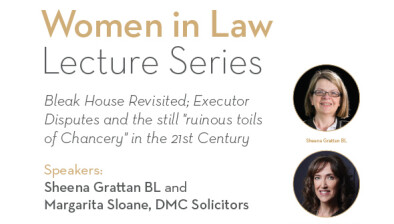 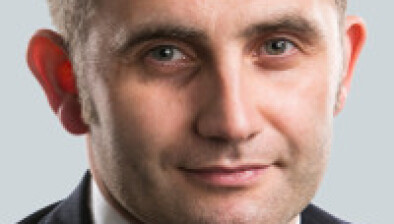 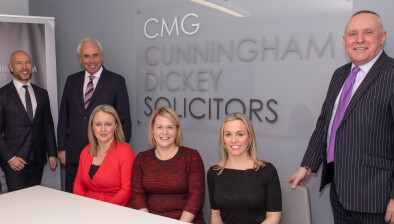