The High Court has dismissed a challenge to the constitutionality of the voting system for the Seanad by a graduate of the University of Limerick.

The plaintiff claimed that it was unconstitutional that graduates from the University of Dublin (TCD) and the National University of Ireland (NUI) could vote in Seanad elections but that he could not. He also claimed that he was entitled to directly vote for the vocational panels.

The court held that most of the evidence adduced by the plaintiff was inadmissible and irrelevant to the legal question at issue. Further, the court rejected the submission that the indirect electoral system for the vocational panel was undemocratic and unconstitutional. The court also ruled that the provision for the election of six university Senators was constitutional.

The plaintiff, Mr Tomás Heneghan, was a graduate of the University of Limerick. He had previously campaigned against the 2013 referendum to abolish the Seanad, although he claimed that this was on the basis that the Seanad would be reformed to include an expanded electorate.

Under the Seanad voting system, only graduates of TCD and NUI could vote for the six university representatives. As such, UL graduates, including Mr Heneghan, could not directly vote in the Seanad elections.

In September 2019, the plaintiff sought to be registered to vote in both the university and vocational panels. This request was refused by the Minister for Housing, Planning and Local Government. The plaintiff subsequently issued judicial review proceedings (later converted to plenary action) seeking to challenge the constitutionality of the Seanad voting system.

In evidence, the plaintiff mainly relied on the legal and political history of Seanad reform, which included the 2015 Manning Report and the seventh amendment to the Constitution which allowed for an extension of the university franchise to other institutions. The primary witness for the plaintiff was Dr Laura Cahillane, a constitutional scholar from UL, who gave expert evidence relating to the general political history of Seanad reform in the State.

The plaintiff also made a number of legal submissions relating to both the vocational and university panels. The plaintiff claimed, inter alia, that the vocational panel system was unconstitutional because candidates were drawn from a limited electorate and because it was perceived to be undemocratic by the Irish people. Further, it was said that the failure to implement reform in the Seanad following the 2013 referendum was not in compliance with the express will of the people.

In relation to the university panel, the plaintiff alleged that the current form of election was invalid because of the enactment of the seventh amendment to the Constitution in 1979. The amendment stated that “provision may be made” for the extension of the voting franchise for other universities. It was argued that the people had actually voted for an extension of the franchise under the seventh amendment and therefore created a legal obligation to extend the voting franchise.

The case was heard by a Divisional Court made up of Ms Justice Mary Irvine, Mr Justice Garrett Simons and Mr Justice Brian O’Moore. The court began its analysis by stating that it had “very serious reservations” about the evidence relied on by the plaintiff. In particular, the court was not convinced that any of the evidence relating to the legal and political history of the Seanad was relevant to the constitutional questions raised.

The court held that most of the historical evidence was inadmissible or of little assistance in the case. While the court acknowledged that an historical context might assist a court, it “does not afford a carte blanche permitting witnesses to give their views about what the electorate expected in enacting the Constitution or in approving its amendment.” The court held that much of the plaintiff’s expert evidence was highly speculative about the intentions or understanding of the Irish people regarding Seanad reform.

The court summarised the plaintiff’s evidence as being based on the political views of distinguished individuals as to whether the current situation was acceptable.

The court then considered the legal submissions raised by Mr Heneghan. The court noted that the plaintiff accepted that universal suffrage was not necessary for the election of the 43 vocational members of the Seanad. Accordingly, it followed that the indirect election of those Senators was “inherently democratic.” Further, while there was clear provision in the Constitution for the public to vote for members of the Dáil, there was no such entitlement for the Seanad.

The court rejected that there was a “complete exclusion” of citizens’ votes for the vocational panel, noting that no argument was advanced as to why a system of indirect election was unconstitutional. Further, the plaintiff was entitled to vote for his local representatives who made up the vocational electorate. No reason was given as to why the limited vocational electorate was unconstitutional, with the plaintiff merely relying on the “rhetorical flourish” that the electorate consisted of 1,169 voters.

The court also rejected the claim that the public perceived the current system as undemocratic and therefore the system offended the Constitution. The court held that no authority was provided for this submission.

There was also no evidence to support the proposition that the public envisaged an independent Seanad to act as a check on the Dáil when the Constitution was enacted. It was held that, in the historical context of the Seanad, it was “singularly unlikely” that Eamon De Valera had invited the public to create an Upper House based on independence and diversity.

The court also rejected the contention that the Seanad was undermined by allowing members of political parties to be Senators. The plaintiff’s essential claim was that the current Seanad was “subservient” to the Dáil due to the election system. It was held that the plaintiff was asking the court to make “wide-ranging and essentially political determinations” without providing “anything close to the forensic requirements needed to establish” the argument.

Further, the court held that the 2013 referendum did not result in any change to the wording of the Constitution. As such, it was inappropriate for the plaintiff to argue that there was a mandate or requirement for reform to the system. Again, the plaintiff failed to offer evidence that the public specifically voted to reform the Seanad or what type of reform was envisaged by the public.

The court went on to consider the constitutionality of the university panel. The court held that the seventh amendment left the original wording of Article 18 in place, meaning that the original provision of six Senators for TCD and NUI was unaffected. Accordingly, the people did not vote to replace the six university seats with a different electorate and instead decided that it was constitutionally permissible to retain the university seats.

While it was possible under the seventh amendment for the Legislature to extend the franchise, it remained exclusively within the discretion of the Oireachtas to do so. The court held: “There is no basis, either as a general rule or in the circumstances of the current case, to suggest that an amendment to the Constitution permitting the Oireachtas to enact legislation requires it to do so.” As such, the court rejected the submission that the Oireachtas was legally required by the seventh amendment to extend the franchise of the university panel.

Further, the court held that Article 40.1 did not require equality of treatment for the plaintiff in the Seanad voting system. It was said that this argument ignored the express provision in Article 18 which confined the electorate to TCD and NUI. The court held that the general principle of equality in law could not override the specific provision of the Constitution.

Accordingly, the Divisional Court rejected the plaintiff’s claim in its entirety. The court held that the current system in the Seanad was constitutional. 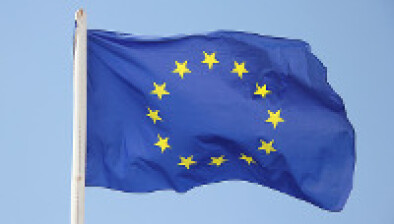 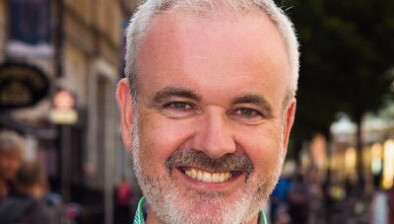