The Court of Appeal has overturned a High Court decision which determined that the minister for justice and equality failed to consider the “emotional and social dependency” in a non-EU national’s application for an EU residency card.

The High Court held that the minister’s decision to refuse a residency card to the applicant’s mother should be quashed.

However, the Court of Appeal held that there was no standalone test for “emotional and social dependency” which the minister was required to consider for applications made under the European Communities (Free Movement of Persons) Regulations 2015. As such, it was held that the minister made no error when refusing the application.

The applicant was a UK national who had lived and worked in Ireland since 2004. His right to stay in Ireland was based on EU laws relating to freedom of movement of member states.

The applicant’s mother came to Ireland in 2016 and lived with him. She was a non-EU/EEA national and was therefore required to apply for an EU residency card. Under the 2015 Regulations, a direct relative in an ascending family line could only benefit from EU residency rights if they were dependent on the EU national.

Accordingly, the applicant’s mother submitted an application for EU residency on the basis that she was dependent on her son. The main evidence of dependency provided in the application were receipts for groceries and medications, as well as the fact that the mother lived with the applicant.

The minister refused the application and a statutory appeal was also rejected. As such, the applicant took judicial review proceedings against the minister, arguing that the minister failed to consider the emotional and social dependency of the mother.

The High Court gave extensive consideration to cases such as V.K. v. Minister for Justice and Equality and Anor. [2019] IECA 232 and Jia v. Migrationsverket (Case C-1/05). The court determined that the minister failed to make a reasoned decision in respect of the emotional and social dependence of the mother and duly quashed the decision.

The minister appealed the decision to the Court of Appeal. It was argued that the trial judge failed to apply the correct test for dependency. In particular, it was said that the judge “erred in identifying a standalone concept of ‘emotional and social dependence’ distinct from financial dependency”.

In V.K., the test for dependency was stated as: “The exercise is to ascertain whether the family member relies on support to meet a material or social need which is central to the person’s life and not peripheral or merely discretionary.” A finding of dependency hinged upon “an identifiable and meaningful contribution to the alleged dependent person”.

The court noted that the main complaint of the applicant was that the minister was applying a test based on pure financial dependency and did not consider social aspects of dependency. It was said that these were two separate tests that both had to be applied by the minister. In response, the minister said the proper test was about assessing the circumstances in the round, rather than weighing one factor over another.

Both parties accepted that in Zhu and Chen v. Secretary of State for the Home Department (Case C-200/02), the court rejected the assertion that “emotional bonds” between mother and child could confer a right of residence in an EU state for a non-national. The court held that this was affirmed by cases such as Jia v. Migrationsverket (Case C-1/05).

The court stated that it was a “striking feature” of the case that the applicant and his mother did not provide any reference to support beyond accommodation and the purchase of groceries and medicine. No information about the mother’s personal financial or social situation was provided. As such, there was nothing further for the minister to consider in her decision in any event.

The court held that, having regard to the test, the minister could not make a finding that the mother could not materially support herself. An assessment had to be made of both financial and social situations and the applicant could not solely rely on social factors to succeed in the application.

Having regard to the above findings, the court overturned the decision of the High Court and allowed the appeal. It was held that the minister had applied the correct legal test. 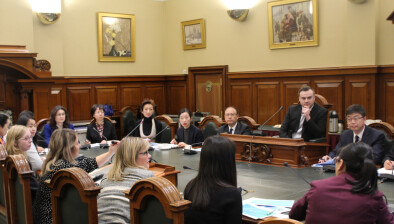 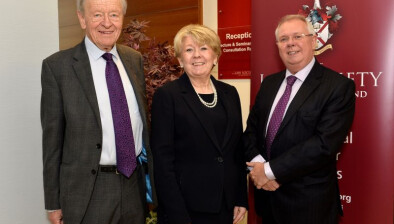