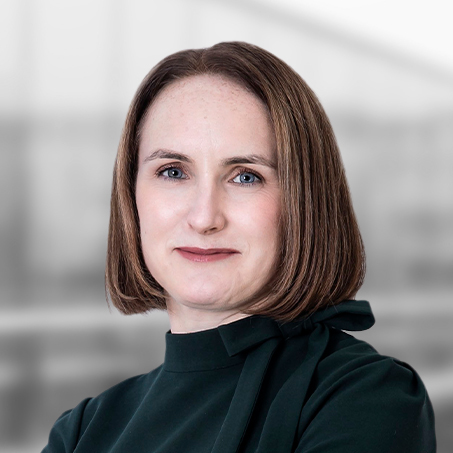 The approach to the General Data Protection Regulation (GDPR) fines has varied significantly across EU member states. On 16 May 2022, the European Data Protection Board (EDPB) published draft guidelines on the calculation of administrative fines under the GDPR.

The Guidelines are intended to harmonise the starting point and methodology for calculating GDPR fines but not the outcome, as fines will depend on all the circumstances of the particular case.

GDPR fines have been trending upwards with a sharp increase in the number of headline-grabbing fines imposed on big tech in 2021 and 2022.

Prior to August 2021, Google’s 2020 fine of €50 million was the highest fine on record. This is now only the sixth highest recorded fine imposed for GDPR breaches. This is also reflected in the Irish Data Protection Commission’s (DPC) approach to fines, with its three largest fines being imposed in the last 12 months.

Establishing the number of infringements

A supervisory authority (SA) first identifies the processing at issue. The SA will consider whether the actions resulting in GDPR breaches result from multiple different processes, or one single process (or linked processes). Where the same or linked processes result in multiple breaches, the fine imposed will not exceed the maximum amount which applies to the most serious infringement.

For instance, a financial institution requesting and receiving a credit check from a credit reporting agency without proper legal basis and storing this information without the appropriate safeguards, involves two infringements resulting from two processing operations: collection and storage; but because each processing operation forms part of one “linked operation,” the Guidelines provide that they would be considered linked processes for the purposes of identifying the maximum fine.

Find the starting point sum for the fine calculation

Once the relevant processing infringement(s) are identified, the SA identifies the starting point sum (SPS) for the calculation of the fine. This will be divided into three stages:

(a) Identifying which GDPR maximum fine category it falls into:

The SA uses the higher of the two amounts to determine the GDPR maximum fine category in respect of an infringement.

(c) The SA then has discretion to reduce the SPS to a lower percentage of the sum calculated in (b) as per the table below in order to ensure the fine is effective, proportionate and dissuasive. The SA is not obliged to reduce the SPS and even if it does, it may reduce the sum only partially.

After establishing an SPS, the SA reviews aggravating and mitigating circumstances under Article 83(2) GDPR and if necessary, adjusts the fine accordingly. Factors that may be considered include:

There is no precise formulae for deciding the weight of each factor, and the SA has discretion as to how to adjust the SPS based on the presence of any aggravating or mitigating factors.

Checking the SPS against the GDPR fine category

Once all of the above factors have been considered, the SA checks that the SPS does not exceed the threshold for the GDPR fine category under Article 83(4) – (6) GDPR.

This includes consideration of whether the maximum fine is set by reference to the static thresholds of €10 or 20 million, or the dynamic threshold established by reference to an undertaking’s annual turnover. A turnover-based maximum will only apply when an undertaking’s total annual turnover of the previous year amounts to more than €500 million.

Ensuring the fine is effective, dissuasive and proportionate

Finally, the SA considers whether the fine is effective, dissuasive, and proportionate.

The fine will be considered effective if it achieves the objectives with which it was imposed, such as to re-establish compliance with the rules, to punish unlawful behaviour, or both.

The fine will be dissuasive if it produces a genuine deterrent effect on the infringing body from committing the same infringement.

Implications for data controllers and processors

The Guidelines are expected to result in a more transparent and proportionate approach to fines for small and medium-sized enterprises. The Guidelines will ensure an upward trend in fines to large organisations, particularly where a group of companies are considered as a single undertaking and the fine is calculated as a percentage of the undertaking’s annual turnover.

In the wake of these new Guidelines, it is clear that the days of relatively small fines for large organisations breaching GDPR is in the past. It will be interesting to see the extent to which the methodology set out in the Guidelines are applied to the calculation of any fines imposed on Instagram in the DPC’s decision, which is expected to be issued this month, relating to Instagram’s alleged violation of children’s privacy.