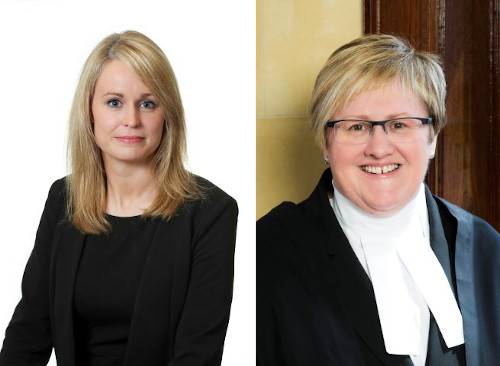 The recently published Sick Leave Bill 2021 intends to legislate for the first statutory sick pay scheme for all employees, both in the public and private sector.

It appears that employees have largely welcomed the Bill, but it is likely to be subject to some resistance from employers. Employees, due to current Social Welfare legislation, have never before been entitled to statutory payment during the first three days of a medically certified absence.

The definition of “wages” under the Payment of Wages Act 1991 includes sick pay “whether payable under his contract of employment or otherwise”.  However,  in the absence of any statutory right to sick pay heretofore, the entitlement  under that Act generally only arises where an employee has a contractual right to sick pay. Something that will likely not be overlooked by employers is the proposed rate of payment equating to an estimated 2.6 per cent increase in payroll costs, as per the Regulatory Impact Assessment of the Bill.

It is intended that the “sick pay scheme”, as it has been described by the Tánaiste and Minister for Enterprise, Trade and Employment, will be phased in over a four-year period. Employees will be able to avail of three days’ sick leave pay when the Bill is enacted, increasing to five days in 2024, seven days in 2025 and ten days in 2026. Although not included in the Bill, the Tánaiste has made it clear that there will be a cap on the level of sick pay entitlement under the Scheme, with employers being required to pay up to 70 per cent of an employee’s daily pay. This is subject to a maximum sum of €110 per day. The Bill sets out that calculation of an employee’s pay must include any pay in excess of basic pay in respect of, inter alia, shift work, overtime or hours worked on Sunday.

The Minister has discretion to increase or decrease the number of statutory sick leave days for which payment can be sought, subject to the considerations contained in section 6 of the Bill, which include “the state of the economy”, “the potential impact” on the economy or the catch-all consideration, namely any “other matters as the Minister considers relevant”.

At the launch of the Bill on the 9th June 2021, the Tánaiste said, “Ireland is one of the few advanced countries in Europe not to have a mandatory sick pay scheme…”.

On the face of the Bill, it appears that there are three steps required for an employee to benefit from statutory sick leave as follows:

The above three requirements of an employee and some practical implications are briefly examined below.

(i) 13 weeks’ service with the employer

The legal basis for an employee to have 13 weeks’ service with an employer to benefit from statutory sick pay is unclear. This is particularly so given that if an employee has a contractual entitlement to sick pay, that employee can obtain redress from the Workplace Relations Commission by way of the Payment of Wages Act in the event that sick pay is withheld, irrespective of any period of service. In the Heads of Bill the service requirement was six months but this has been almost halved in the Bill.

Interestingly, the Joint Committee on Enterprise, Trade and Employment’s Report on the Pre-Legislative Scrutiny of the General Scheme of the Sick Leave Bill 2021 recommended that all employees be entitled to statutory sick pay, particularly where employers can request medical certification, without any minimum service requirement.

(ii) To suffer from an “illness” or “injury”

By way of contrast, the Employment Equality Acts 1998-2015 set out a definition of “disability” yet despite this, much litigation has arisen as to the interpretation of “disability” in law. It is not uncommon for an Adjudication Officer in the Workplace Relations Commission (WRC) to have to decide whether there is a “disability” present which is sufficient to bring an employee within the protection of that Act.  Is there a possibility that this will occur regarding the interpretation of “illness” or “injury” when an employee is seeking redress under this Bill?

One possibility is for the Bill to be amended to include a definition of “illness” and “injury”, although this may not resolve problems of interpretation. Another possibility could be that the registered medical practitioner be required to certify the employee as “unable to work” due to that person’s illness or injury – rather than just unable to work. This approach might avoid an employee being certified as “unable to work” due to, for example, their child being sick. It would be to the benefit of all parties if these matters were fully debated prior to the implementation of the Act.

(iii) To provide the employer with a medical certificate

The Bill is clear that even where an employee avails themself of one statutory sick leave day, a medical certificate signed by a registered medical practitioner is required. The responsibility for providing the certificate is on the employee, and the employer does not have to bear the cost of that certification process.

In practice, by way of example, an employee who takes one day’s sick leave on ten separate occasions throughout the course of the year (as will be permissible in 2026) is required to provide a certificate from a registered medical practitioner for each absence. The employee is liable for the costs incurred – unless they have a medical card or an alternative arrangement with their employer. In this regard, the Joint Committee recommended that some form of rebate for the cost of the medical certificate should be made available to employees, particularly low paid employees.  Ultimately, it would seem possible that the requirement for medical certificates could render the Scheme inoperable if employees end up paying over half of the pay for the purposes of obtaining a medical certificate.

The UK position on medical certificates

It is of note that in the UK, to avail themselves of their Statutory Sick Pay (SSP), employees can submit a report not only from a doctor but also from an “Allied Health Professional” (AHP) who can provide a “Health and Work report”.  Such AHPs are defined as physiotherapists, podiatrists or occupational therapists.  In addition, employees in the UK who cannot work because of Covid-19 can obtain an “isolation note” online from the NHS. This obviates the requirement that the employee obtain a medical certificate from their registered medical practitioner  if the employee has Covid-19 and wishes to avail themself of statutory sick pay. Further, such employees do not require a sick leave certificate/report for up to 7 days of illness. No similar provisions are contained in the Bill and this would appear to be a missed opportunity.

There are numerous other aspects of the legislation to be debated and this article merely touches on some of the most pressing issues. For example, of further interest to both employers and employees is the potential redress available under the Bill that the WRC can award if there is a breach of the legislation by an employer. The redress can be up to 20 weeks’ renumeration despite the maximum statutory entitlement under the scheme being no more than 10 days (at a specified rate) by 2026. By way of further example, the Bill provides that businesses will be able to avail themselves of an exemption from the sick pay requirement, in specified circumstances – of which severe financial difficulties will be one (similar to the provisions of section 41 of the Minimum Wage Act 2000).  However, unlike that Act, there is no provision in the Bill for an employee to be compensated by way of the Social Insurance Fund.

The passage of the Bill through the Dáil will undoubtedly garner much attention from interested parties.