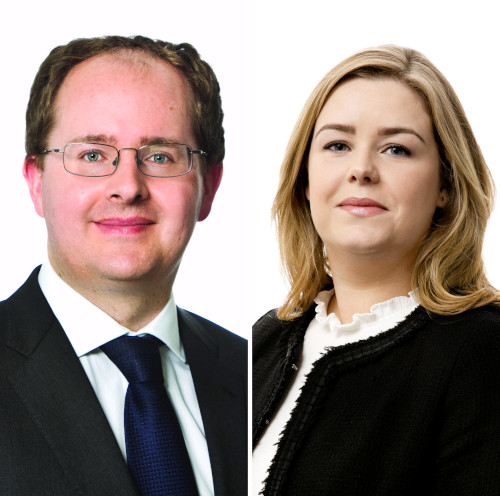 With Ireland due to implement the EU Whistleblowing Directive in the coming months, the Supreme Court has recently issued a key decision regarding what constitutes a protected disclosure under the existing law, the Protected Disclosures Act 2014 (PDA). The focal point in this Supreme Court appeal case was whether a communication made by an employee to his supervisors constituted a ‘protected disclosure’ for the purposes of the PDA.

The disclosure in question concerned a health and safety matter, albeit one which had an individual impact on the claimant. The Court in this case had to consider whether an employee communication was a grievance or protected disclosure falling within the definition of the term ‘relevant wrongdoings’ under the PDA.

The plaintiff former employee was a Romanian butcher who had been working in a meat processing factory operated by the defendant employer. The Plaintiff claimed he was unfairly dismissed after making a protected disclosure. The disclosure was a comment made by Mr Baranya to the Health and Safety Officer of the employer that he no longer wanted to carry our ‘scoring work’ and wanted to change roles as he was in pain. Mr Baranya did not expressly state that he was in pain as a result of his current role.

When a new role was refused, Mr Baranya allegedly walked off the production line and was consequently dismissed for gross misconduct. The employee claimed that he had made a protected disclosure under the PDA regarding health and safety matters and that his dismissal was penalisation for having made this disclosure. In contrast, the employer asserted that this was simply a grievance as it was specific to him and therefore did not fall under the PDA.

The issue to be considered was whether a communication concerning an employee’s own health could constitute a protected disclosure. The Code of Practice on the Protected Disclosures Act 2014 states that employment grievances (such as a personal health and safety matter, as opposed to a general observation about health and safety) are not protected disclosures. The employee’s claim failed before the Workplace Relations Commission but was appealed to the Labour Court.

The High Court on appeal upheld the Labour Court ruling by noting that the employee’s communication was “a grievance and not a protected disclosure” and the High Court saw no reason to overturn this.

A crucial factor in reaching this determination was the absence of any asserted act or omission (focussing again on the employee stating generally that his arm was hurting, but not specifically linking it to his work).

The Supreme Court granted the employee leave to appeal, citing that it raised a point of law of general public importance.

The Supreme Court examined the meaning of ‘protected disclosure’ under the PDA. A protected disclosure is defined as a disclosure of ‘relevant information’ by an employee which, in the reasonable opinion of the worker, tends to show ‘relevant wrongdoing’ and came to their attention in connection with their employment. There are eight relevant wrongdoings, two of which are relevant in this case:

Mr Justice Hogan disagreed with the previous Courts’ assumption that purely personal complaints in relation to workplace health and safety fall outside the scope of protected disclosures under the PDA.

He found that the wording in the PDA does not confine complaints to those relating to the health or safety of other employees or third parties. He affirmed that a complaint made by an employee that their own health or safety is endangered by workplace practices is clearly within the ambit of the legislation. The conduct in question also does not have to amount to a breach of any legal obligation. The Court noted that it may be necessary to give the term ‘relevant wrongdoing’ an extended meaning.

Furthermore, the Court found that a complaint of a failure to comply with a legal obligation that is personal to the employee may also be considered a protected disclosure.

The Court also examined to what extent the Labour Court was influenced by the Code of Practice. The Code of Practice introduces a distinction between a grievance and a protected disclosure even though no such distinction is made in the PDA. The Supreme Court commented that many complaints made by employees, which are entirely personal to them, are capable of being protected disclosures for the purposes of the PDA.

The Court felt that the Code did not accurately reflect the provisions of the Act and accordingly the Code erroneously misstates the law. The Supreme Court accordingly allowed Mr Baranya’s appeal and remitted the matter back to the Labour Court for a fresh re-hearing.

Employers need to note that there is no express provision in the PDA requiring an employee to make a disclosure in a particular format. In fact, we would advise employers to investigate such disclosures in the same way as it would investigate any matter of concern which comes to his or her attention. This Supreme Court ruling indicates how the interpretation and application of the PDA continues to evolve: the Supreme Court’s view was that a purely personal matter concerning health and safety “can be regarded as coming within the rubric of protected disclosures”, which is a different interpretation to that applied for many years before.

Additionally, employers are advised to have appropriate procedures in place that are known to employees, managers, and HR personnel as to how these matters are to be dealt with.  Furthermore, over-reliance on definitions cited outside of the PDA to interpret how a provision is to apply should be avoided, given how the Supreme Court here has described the Code of Practice as “clearly wrong and misleading”.

Employers should also be aware that under the PDA, an employee who is dismissed as a result of having made a protected disclosure does not need the usual minimum one year’s service to bring a claim for unfair dismissal and may be awarded up to five years’ remuneration as compensation rather than the usual maximum of two years.

Finally, employers should note the imminent arrival of legislation updating the PDA as required by the EU Whistleblowing Directive (see here for further details).