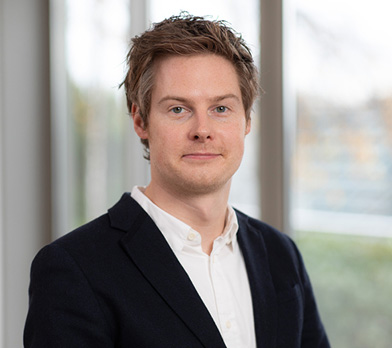 While coverage of strategic lawsuits against public participation, or SLAPPs, has been amplified by several high-profile defamation actions in the UK and US in recent months, public discourse on the topic has been gathering pace since the assassination, in October 2017, of the investigative journalist Daphne Caruana Galizia who, at the time of her death, had 47 open defamation cases in progress against her.

SLAPPs are commonly understood to target acts of ‘public participation’, including journalism, whistle-blowing, and academic research, particularly where these expose corruption, abuse of power, or illicit financial activity. Ostensibly, those issuing them aim to prevent or dissuade the publication of information in the public interest by bringing legal proceedings with excessive claims and tenuous foundations, most commonly in defamation, data protection, and privacy actions.

SLAPPs are characterised by an inequality of arms (whether financially or politically); synonymous with censorship, intimidation, and harassment; and operate by burdening those acting to protect the public interest with protracted and exorbitant litigation, thereby achieving a chilling effect on their speech and reportage.

In March 2022, the UK government issued a call for evidence on SLAPPs in England and Wales and, in July 2022, published its response proposing a new ‘statutory dismissal process’ to strike out SLAPPs via a three-stage test. Similar recommendations for an ‘anti-SLAPP mechanism’ in defamation law are currently under consideration in the Republic of Ireland.

Additionally, in April, the European Commission proposed a Directive that would enable ‘judges to swiftly dismiss manifestly unfounded lawsuits against journalists and human rights defenders,’ and which recommended, amongst other things, compensation for the targets of SLAPPs, dissuasive penalties for claimants launching abusive claims, and appointing designated law firms within the EU who would defend SLAPP targets pro bono.

In view of these ongoing efforts to address SLAPPs, we review the current position in Northern Ireland, and look ahead to some of the opportunities for and obstacles to prospective anti-SLAPP legislation in the jurisdiction, within the new legal context established by the Defamation Act (Northern Ireland) 2022.

While a joint report by Article 19 and the Foreign Policy Centre published in April 2022 indicates that Northern Ireland has seen an increase in SLAPPs in recent times, there is, at present, no anti-SLAPP legislation in force in the jurisdiction, nor are there concrete plans to propose or implement any. Nonetheless, the subject is on the NI Assembly’s radar, and was a recurring discussion point during the passage of the 2022 Act through the legislature.

In Dr Andrew Scott’s submission to the Finance Committee in October 2021, he suggested that the Assembly should consider the introduction of ‘general measures to disincentivise the bringing of SLAPPs’ to assist ‘groups that often find themselves at the sharp end of coercive threats of defamation proceedings.’ Subsequently, the Committee Stage report suggested, in passing, that ‘additional provision might be needed in order to allow the dismissal of trivial cases’ and to ‘further discourage’ the bringing of SLAPPs.

Similarly, the Consideration Stage report noted some members’ views that speculative defamation actions against public interest journalism, brought by claimants with considerable means, was a ‘surprisingly common practice in Northern Ireland,’ designed to ‘intimidate local news outlets into either not publishing damaging material or withdrawing such publications and paying excessive and punitive damages.’

Ultimately, the current position was articulated in the Final Stage report, which, given the dissolution of Stormont shortly after its publication and the political limbo that has attended the region since May, represents, literally, the Assembly’s last word on the issue. In the course of proceedings, the bill’s sponsor asked the Finance Minister to confirm, in light of the 2022 Act’s section 11 obligation on the Department to keep under review ‘developments in the realm of defamation,’ whether SLAPPs would form part of the review.

The Minister offered assurances that SLAPPs would be considered in any departmental review, accepting that they ‘have the potential to be a relevant development in law,’ and revealed that departmental officials had held discussions on the subject with counterparts in London and Dublin. Importantly, then, the Department has committed to attending to SLAPPs in the coming months and years.

However, it appears inevitable that any proposed anti-SLAPP legislation will face analogous opposition in Northern Ireland to that suffered by the proposal of a serious harm threshold for claims during the passage of the 2022 Act. For anti-SLAPP legislation to be successful, a reconsideration of the statutory threshold for claims in defamation may be required. Indeed, insofar as an action’s triviality or lack of merit would identify it as a SLAPP (both feature in the UK government’s proposed criteria, for instance), it is difficult to see how any legislation would sit comfortably alongside the law as enacted earlier this year.

The serious harm threshold proposed by the 2022 Act’s sponsor was ultimately rejected as ‘an evidence threshold that will block ordinary citizens from taking libel action,’ and omitted from the legislation. Notably, in the Consideration Stage report, SLAPP provisions and the issue of serious harm were explicitly linked. The response to the case for both was the claim that ‘intimidation of media outlets by wealthy individuals and their lawyers was not at all common,’ and the rather glib and disappointing argument that ‘truth [is] a defence against an action for defamation … if journalists simply work to appropriate standards of accuracy and adopt a fair approach to the reporting of public interest matters, there could be no chilling effect for local media.’ The report also noted that some witnesses argued that there are existing processes to allow for the dismissal of trivial cases.

Whether or not such opposition does in fact prove insurmountable to anti-SLAPP legislation in Northern Ireland, the latter statement on the dismissal of trivial cases raises a further, and potentially deeper, problem around its compatibility with the law as it stands. At present, the threshold for defamation claims in Northern Ireland is a common law de minimis test and abuse of process. The viability of a claim is established by reference solely to a consideration of the meaning of the words used in a defamatory statement, but does not, unlike the statutory position under the Defamation Act 2013 in England and Wales, consider the substantive facts or the seriousness of the harm caused. In fact, recent case law indicates that Northern Ireland courts do not apply the multi-factorial common law threshold that was effective prior to 2013.

Anti-SLAPP legislation, then, could have the effect of interposing into NI’s exclusively de minimis landscape, and largely procedural threshold, a complex and substantively focused threshold available only to a specific class of claims. While it may be desirable as a matter of policy to address SLAPPs as an exception, is it desirable, where SLAPPs occur in defamation actions, to have such markedly different thresholds in application within the same legal regime? This could create a dubious and ill-defined dichotomy of public and private claims.

Moreover, the adoption of a substantial threshold for SLAPPs at all would be to tacitly admit the potential of our current law to exert a chilling effect. It would be illogical to claim that this does not occur in private claims merely because there may be nothing to qualify the statement in question as being of public interest.

Ultimately, then, any explicit legislative action on SLAPPs in Northern Ireland in the near future is likely to be both tentative and fraught. In any case, no action can be taken prior to the formation of a new executive, and/ or the outcome of a further assembly election.

Nonetheless, it seems inevitable that both SLAPPs and the issue of serious harm will feature in the eventual section 11 review of the law in Northern Ireland. It is imperative that, between now and then, the department uses the time available to engage and evaluate a wide range of expert views on the matter, and that the ambit of the empirical evidence considered in any eventual decision is widened beyond case law to include the experiences of public interest participants. The risk, of course, is that maintaining the status quo on the issue of thresholds for defamation claims will effectively serve to entrench the law in Northern Ireland.

While it seems likely that anti-SLAPP legislation will ultimately fall foul of the same arguments that precluded the inclusion of a serious harm requirement in the 2022 Act, one thing is certain: if legislation substantially similar to the current proposals for England and Wales is eventually implemented, it would make Northern Ireland’s divergence from the 2013 Act on the issue of serious harm increasingly difficult to justify.