Analysis: ‘No time to argue’ in construction payment disputes

The Act came into force on 25 July 2016 and established a statutory scheme whereby payment disputes under construction contracts can be referred to adjudication. The process is intended to be more expeditious than conventional litigation – an adjudicator’s decision is provisionally binding on the parties and is subject to summary enforcement. This approach is often referred to informally as “pay now, argue later” and ensures speedy payment of moneys between parties to a construction contract in order to resolve payment disputes.

Section 4 of the Act stipulates that a party seeking payment under a construction contract must deliver a payment claim notice in the specified form. If the responding party wishes to contest the sum claimed, it is required to deliver a “response to the payment claim notice” meeting certain statutory criteria (i.e. a ‘pay-less’ notice). Notably, in contrast to the UK adjudication regime, the Act does not set out the consequences of failing to deliver a response within the specified time period, nor does it say that in the absence of a response the amount set out in the payment claim notice is payable by default.

An important feature of these two decisions is the consideration by the court of UK case law, including the decision of the UK Court of Appeal in Grove Developments Ltd v S&T (UK) Ltd [2018] EWCA Civ 2448. That decision is authority for the general proposition that a paying party is entitled to adjudicate on the “true value” of a payment claim, notwithstanding their failure to serve a “pay-less” notice in response, provided that the paying party has first complied with their immediate payment obligation which arises by default (because of their failure to respond).

Enforcement of an adjudicator’s decision

This decision concerned an application for leave to enforce an adjudicator’s decision.

The background to the case involved a dispute which arose under a sub-contract between the applicant (Aakon Construction Services Limited) as the sub-contractor and the respondent (Pure Fitout Associated Limited) as the main contractor. The applicant delivered a payment claim notice, which the respondent failed to respond to within the period provided in the Act. As a result, the applicant referred the claim to adjudication. These are often referred to as “smash and grab” claims because the respondent is not given space to argue the “true value” but rather is faced with a direction to pay because of a technicality (failing to respond in time and in a certain manner).

The applicant sought leave of the High Court to enforce the adjudicator’s decision and the respondent resisted, arguing that the decision was “invalid” on the basis that the adjudicator: (1) exceeded his jurisdiction in reaching the decision; and (2) breached the rules of fair procedures by failing to address a substantive defence raised by the respondent in its written submissions.

The High Court enforced the adjudicator’s decision, having considered the following issues:

Jurisdiction of the adjudicator

The court held that “given that the adjudicator’s decision corresponds precisely to the principal issue described in the notice of intention to refer, there is simply no basis for saying that the adjudicator exceeded his jurisdiction”. Here, the principal issue for determination concerned the failure of the main contractor to respond to the payment claim notice which the applicant argued had resulted in an entitlement on the part of the subcontractor to be paid the full invoiced amount.

Breach of fair procedures – failure to consider a defence

The court found that the approach adopted by the adjudicator did not entail any breach of fair procedures. Rather, the adjudicator made a reasoned decision that a valuation could not be commenced until the amount pursuant to the decision had been paid. This was more properly characterised as a finding on the part of the adjudicator that the line of defence was inadmissible at this time, than as the adjudicator having disregarded or ignored the defence. The court is concerned with ensuring fair procedures and the requirements of the Act have been followed, not with the merits of an adjudicator’s decision.

Accordingly, the court held that the applicant was entitled to leave to enforce the adjudicator’s decision.

It is notable that the court in considering UK case law observed that the Act differs in several respects to the equivalent legislation in the UK. On that basis, in deciding enforcement applications under the Act, the case law from the UK, should not simply be “read across” to this jurisdiction.

This court decision addressed the form of order to be made by the court in the First Aakon Decision, including whether the judgment debt should be adjusted by reference to the outcome of a second adjudication between the parties concerning the “true” valuation of the claim (arguing the true value as distinct from the amount recovered because of the failure to deliver a response) which was referred by the respondent during the currency of the first adjudication. The decision by the second adjudicator in that reference, which required the respondent to pay a lesser sum than the first adjudicator’s decision, was reached following the First Aakon Decision. The respondent sought to resist the order and submitted that the first adjudicator’s decision was no longer binding on the parties, having been superseded by a decision made in the second adjudication between the same parties.

The court recognised that “the interrelationship between a first and second adjudication is not clear cut”. However, the court considered that for several reasons it was neither necessary nor appropriate to undertake such an analysis. Specifically, the respondent had not presented the evidential basis for such a consideration – the second adjudicator’s decision had not been adduced in evidence and the respondent had taken no steps to enforce the decision pursuant to section 6(11) of the Act.  The respondent here was pointing to a subsequent adjudicator’s decision, and not a conflicting High Court decision.

The respondent was, the court held, mistakenly trying to rely on section 6(10) of the Act to assert that the first adjudicator’s decision had been superseded in the subsequent adjudication. The Court held that the decision of the High Court is binding on both parties unless and until it is superseded by a subsequent decision of an arbitrator or court. Therefore, a second or subsequent adjudication does not have the legal effect of setting aside or otherwise undoing the binding effect of an earlier decision.

The court made an order reflecting the First Aakon Decision (not referencing the outcome of the second adjudicator’s decision).

These judgments are a useful reminder of the purpose of the Act: to resolve construction payment disputes expeditiously, as opposed to conventional litigation which may take months or years to conclude.

Notwithstanding that the decision of an adjudicator is not final and conclusive, it nevertheless gives rise to an immediate payment obligation.

This does not preclude the paying party from pursuing the matter further, to challenge the “true value” whether by way of adjudication arbitral or court proceedings. If successful, the paying party will then be entitled to recover any overpayment from the other side. The timing of these decisions will be key. This is because if there is no enforcement order of the court to contradict the ‘first’ adjudicator’s decision directing the payment, an immediate payment obligation arises and will be ordered.

Where a party is faced with a potential ‘smash and grab’ adjudication, it would be wise to take steps to refer the true valuation to adjudication immediately and seek leave of the High Court to enforce a favourable decision thereafter.

To date, there are only a handful of written judgments delivered in respect of the Act and so, this is just one of the series of very formative cases coming through the High Court list for Adjudication Enforcement Applications at the moment. As the court in the First Aakon decision recognised, the precise contours of the High Court’s discretion to refuse to enforce an adjudicator’s decision should be developed incrementally. Indeed, there are a number of angles yet to be explored because of the specifics of the Irish legislation so each case makes for fascinating reading.

For instance, the court noted (in considering the notice of intention to refer and jurisdictional issues) that the adjudicator can hear several claims in the same adjudication under Section 6(9). However, it is arguable that Section 6(9) of the Act could also have been considered in another context to allow an adjudicator to deal with the ‘smash and grab’ and true valuation disputes at the same time, as they arise under the same contract, but that is a line of argument that does not seem to have been advanced here.

It remains to be seen if there is merit to that position in response to a potential ‘smash and grab’ scenario and the development of the law and the court’s interpretation of the legislation will continue to be monitored with keen interest. 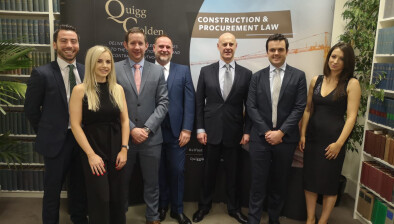 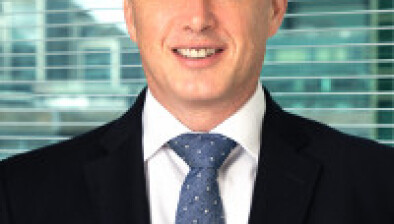