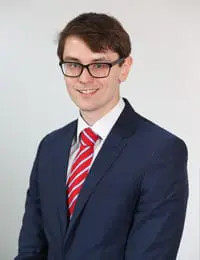 In a previous article, we covered the case of Re Ní Chuinneagain where the High Court did not accept that the conferral of British citizenship on the applicant, who was born in Northern Ireland and considered herself to be Irish only, was unlawful.

Since then Ms Ní Chuinnegain has now unsuccessfully appealed to the NI Court of Appeal. Her grounds of appeal were:

In dismissing the applicant’s claims, the Court’s reasoning largely echoed the previous decision in this matter:

Choice was cited as the rationale underpinning s.12, operating as a tool for those born in Northern Ireland to be “…accepted as Irish”, should they choose to identify as such. The court did not give weight to the argument that applying to renounce British citizenship accompanied by the cost of £371 established any interference with the appellant’s rights under Article 8 ECHR.

As was the case with De Souza, the decision in Re Ní Chuinneagain [2022] has once again brought the issue of identity in Northern Ireland to the fore.

Creating an alternative to automatic British citizenship for Northern Irish citizens would not be straightforward. How would an infant born in Northern Ireland provide consent to being either British or Irish? Perhaps a legal guardian on their behalf, yet what would happen when the child is grown? At what age are they then considered to have capacity to reverse or affirm their guardian’s decision? What would the position be immediately after the birth of the chid, would the child be stateless?

Given the sensitive nature of the topic, if there is to be any change to the status quo it seems likely that this will most probably come from political pressure rather than the courts.