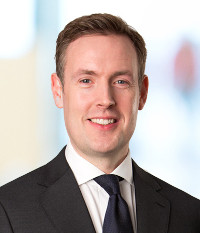 The total value of mergers and acquisitions (M&A) in Ireland has risen by 24 per cent to €2.5 billion in the past year, according to new analysis from William Fry and Mergermarket.

The mid-year William Fry Mergers & Acquisitions Review 2019 also reports that deal volume dropped over the same period, on the back of weaker sentiment due to global economic uncertainty and Brexit unease.

Shane O’Donnell, corporate/M&A partner at William Fry, said: “Brexit, concerns that the global economy is reaching the peak of the cycle, and escalating trade tensions between the US and China have all contributed to dealmakers’ reason for pause.

“The impact of this geopolitical uncertainty was observed in Q4 2018, and with dealmakers no clearer on how these matters will conclude, the slowdown has carried over to Q1 2019 but we have seen a marked improvement in Q2.

“Whilst Ireland’s market has offered compelling value and opportunity for domestic and international investors, dealmakers are likely to adopt a more cautious approach until a clearer picture emerges of Ireland’s economic future.”

Mr O’Donnell added: “The Irish economy is one of the fastest growing in Europe – the ease of transacting and its low corporate tax rate make the country an attractive option for overseas buyers and private equity firms, who have been the main drivers of deal flow over the last six months.

“Opportunities in the fast-growing but robust sectors of technology, financial services and life sciences, meanwhile, will also continue to draw local and international interests as corporates continue to deploy capital in these ‘hot’ industries.

“The easing of trade tensions and Brexit reaching a stable outcome could bring significant improvements. Further, Ireland’s solid fundamentals suggest that it will continue to deliver plenty of M&A opportunities for buyers who want to invest in H2 2019.”