Mr Justice Séamus Woulfe should not have attended a controversial Oireachtas Golf Society dinner but broke no laws and his resignation from the Supreme Court bench would be “unjust and disproportionate”, former chief justice Susan Denham has said.

In a statement yesterday afternoon, shortly after the publication of the report, the Supreme Court said it “fully accepts the conclusions and recommendations contained in the review”.

In her 39-page report, Mrs Justice Denham said it was her opinion that Mr Justice Woulfe had failed to consider “the advisability of the attendance by a member of the Supreme Court at a celebratory dinner, in a hotel in a public place, at a time of pandemic”.

The report stresses that it is “an expression of an opinion [and] not an adjudication on fact”. The Board of the Judicial Council, which agreed to publish the report, has indemnified Mrs Justice Denham in relation to her legal expenses and any litigation which may ensue.

In a statement, the Board of the Judicial Council said: “While such an indemnity is a standard feature of non-statutory reviews, this also made it possible for this process to be concluded and to enable the Board to consider publication of the report.

“The Board considers that publication is consistent with its statutory functions and conversely not to publish would have had an adverse impact on these same functions. Therefore the Board of the Judicial Council has decided to publish the report.”

The report includes an engineer’s report on the hotel room where the dinner took place, as well as appendices with photos of the room and government-endorsed Covid-19 guidelines for hotels.

Although new government restrictions announced on 18 August 2020, the night before the dinner, stipulated a maximum of six persons at dinner and no formal events in bars and restaurants, the guidelines and the law had not yet been updated as of 19 August 2020.

Mrs Justice Denham said “no new guidelines making the new measures operational were adopted by the Government/Bord Fáilte/Irish Hotels Federation until the 24th August, 2020, and the Statutory Instrument relating to the new rules was not yet in force”.

Because of this, it “was, and is, not unreasonable that [Mr Justice Woulfe] was satisfied that the event was Covid-19 compliant on the night of the dinner”, she concluded.

Separately, she said Mr Justice Woulfe’s attendance at the dinner “did not breach the principle of the separation of powers” because the Oireachtas Golf Society “is not connected to the Oireachtas” and was only “occasionally” attended by current politicians.

She suggested that “if there had been an introductory programme for newly appointed judges and if judicial guidelines had existed at the time … as they do in most jurisdictions, they would have greatly assisted Mr Justice Woulfe and it is highly unlikely that this situation would have occurred”.

In her conclusion, Mrs Justice Denham said that “based on the evidence and submissions she has received, she is of the view that Mr. Justice Woulfe did nothing involving impropriety such as would justify calls for his resignation from office. Such a step would be unjust and disproportionate.

“In light of the mitigation referred to above, the reviewer is of the opinion that it would be open to the Chief Justice to deal with this matter by way of informal resolution.”

In a short statement following the publication of the report, the Supreme Court said: “The Supreme Court notes the contents of review conducted by Ms Justice Denham including its record of the account of events given by Mr Justice Woulfe. 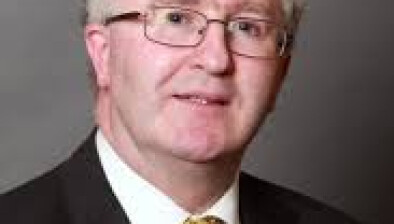 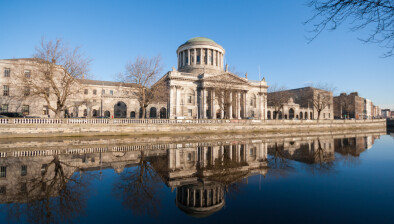