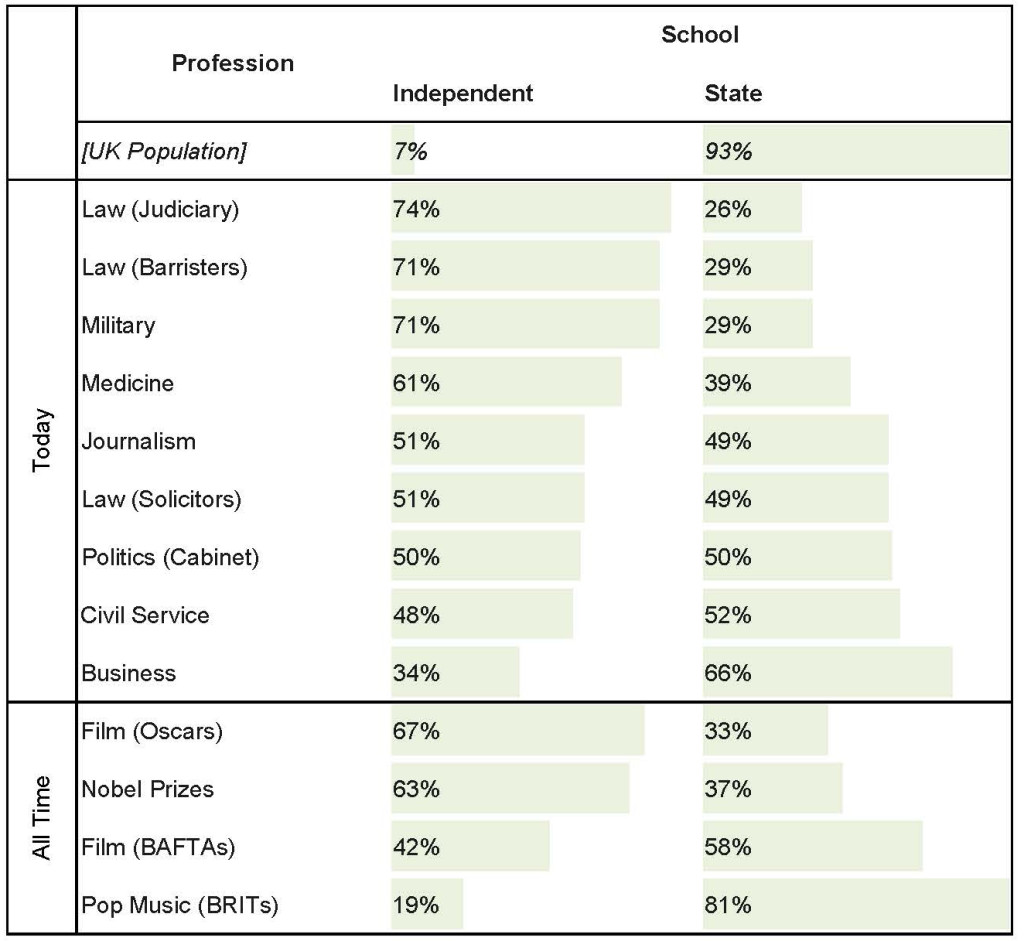 A new report shows the staying-power of the privately educated in in a number of professions in the UK, including the law. The Sutton Trust’s report on the educational backgrounds of the UK’s professional elite looks at the schools and universities attended by top solicitors, barristers and judges.

It found a mere one in six barristers were educated at comprehensive schools. The report looked the backgrounds of 1,200 people – among them partners at Magic Circle law firms.

It found that even when people with such backgrounds retire from the top of their field, they are frequently replaced by those with a similar educational past.

Among 147 judges, 74 per cent went to private schools, 21 per cent selective states and five per cent comprehensives. Sutton Trust studies made in the late 1980s and mid-2000s found 76 per cent and 75 per cent respectively were privately educated.