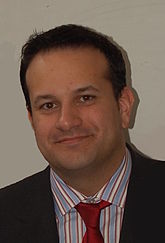 Legislation governing surrogacy and assisted reproduction will not be presented to the Oireachtas before the next Irish general election, the Irish Independent reports.

Health Minister Leo Varadkar was directed by the Cabinet to draft new legislation in the wake of a high-profile Supreme Court ruling last year, but the newspaper reports the draft bill is not set to be completed before next year.

The bill, even if completed before the election, will have to go out to public consultation for a number of weeks and is unlikely to be heard by the Oireachtas health committee until after voters go to the polls.

Supreme Court judges were last year asked to rule whether the genetic mother of twins born to a surrogate could be registered as their legal mother on their birth certificates.

They eventually ruled that the surrogate must be registered as the legal mother.

The Chief Justice, Mrs Justice Susan Denham, criticised the absence of clear legislation dealing with surrogacy, saying that it led to a legal “lacuna” that shifted responsibility from politicians to judges.

Surrogacy arrangements are not dealt with in Irish common law, the Civil Registration Act 2004 or the Status of Children Act 1987.

Earlier plans to address surrogacy in the Child and Family Relationships Bill were dropped after the appointment of Justice Minister Frances Fitzgerald.