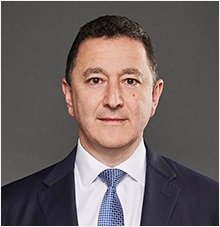 DLA Piper’s revenue for its offices outside of the US remained at just over £1 billion over 2020/21 while profits rose to £614m.

The latest accounts from the firm show that revenue for its international LLP declined from £1.07bn to £1.05bn.

While the firm does not specify overall UK revenue, it added £3 million on the previous year to its London top-line, with the current figure standing at £173m.

Global revenue, which over the last financial year broke £2bn, rose two per cent to £2.16bn, with average profit per equity partner (PEP) up seven per cent to £1.19m.

Global co-CEO Simon Levine told The Lawyer: “The £1bn figure pretty much came through from the year before the pandemic. During the first half of the last financial year the transactional practices were slow, but then they got significantly busier in the second half.

“But the way they did it was very different – the regulatory, litigation, IP and tech teams were busy throughout the year but transactional (finance, corporate, RE, projects) made up in the second half of financial year.

“What surprised me the most was real estate – it was very busy across the global markets.”